As mentioned on our podcast number 16, the wizards were delighted to recently persuade the co-founder of the independent record label Alcopop! Records, one Jack Pop, to spend some of his between-beers time talking to them.

The idea had been for Jack to answer as best he could the archetypal nonsense questions a combination of Kicker of Elves and Rebel Rikkit was at best likely to produce.

In the event, Jack was not only able to make sense of the wizards’ questions, but he was also able to eloquently expound on what setting up and running a record label in the twenty-first century entails, frisbees, jackets, bicycles and all. 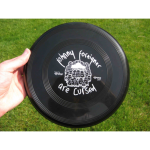 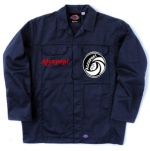 The fact that he did so with reference to sporting superstars and an intimate knowledge of both of the cool Nicks – Cave and Heyward – meant we just had to release the whole interview as a special podcast (right click to download).

the real man behind the label apparently

You should, of course, get yourself immediately over to the the fine Alcopop store and catch up on all the exciting stuff they have to offer. As good a starting point as any would be this lot, as of all the bands on Alcopop perhaps the most Alcopoppy were the sadly no-more Stagecoach.