Don’t know if you saw that programme on BBC Four the other week “What Ever Happened to Rock’n’Roll?” It’s still on iPlayer but don’t bother, really don’t.

Dave Grohl, who as we’re endlessly informed is a really nice bloke as if we should somehow feel grateful to him for that, informed us that rock’n’roll doesn’t always have to mean guitar, bass, drums and somebody shouting up front and how, hey, even The Prodigy are a rock’n’roll band, man. Thanks for pointing that out Dave. 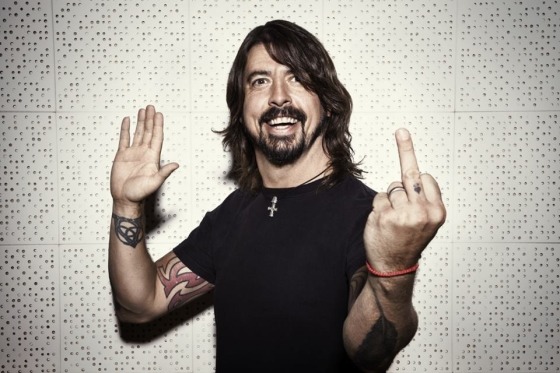 But the real low point came with the inevitable appearance of professional gobshite Noel Gallagher, the man arguably more responsible than anyone for the massive dumbing down of mainstream “indie” / “alternative” music of the last 20 years.

He claimed that the last great wave of bands came in 2004 and he reeled off the names Kasabian and Razorlight, bands who wouldn’t know a decent lyric if it kicked ‘em up their skinny expensively-trousered arses. And it’s Gallagher who is partly to blame for the mainstream success of these mediocre bands and many more since. He made it acceptable to not really bother writing a proper lyric. From a recent interview: “I don’t go that deep into writing lyrics… Quite frankly, I don’t give a shit what they’re about… who cares about the words?”

Further proof there, as if any was needed, that the man is a 24 carat bellend.

Fortunately, there are loads of artists out there making great inspiring records with lyrics that fire the imagination and send sparks along your neural pathways. You just have to be prepared to scratch beneath the surface of the repetitive unimaginative dirge in the XFM playlist that is Britpop’s true legacy. 6Music are giving these other artists a little bit of airplay and so are Dandelion Radio. Much of this music is being released on small independent labels run by enthusiasts with garages full of unsold CDs, large collections of obscure band t-shirts, a passion for great music and a bloody big overdraft. Same as it ever was.

Which brings us, eventually, to the 2 albums I’m supposed to be reviewing which are “Magnificent Second Occupation” by Pit Ponies (Trashmouth Records) and “It Seemed Like A Good Idea At The Time” by Simon Love (Fortuna Pop!)

So far I’ve waffled on a bit so if you’re getting bored I’ll get to the main point now. You should buy both these albums because they’re both fucking brilliant. 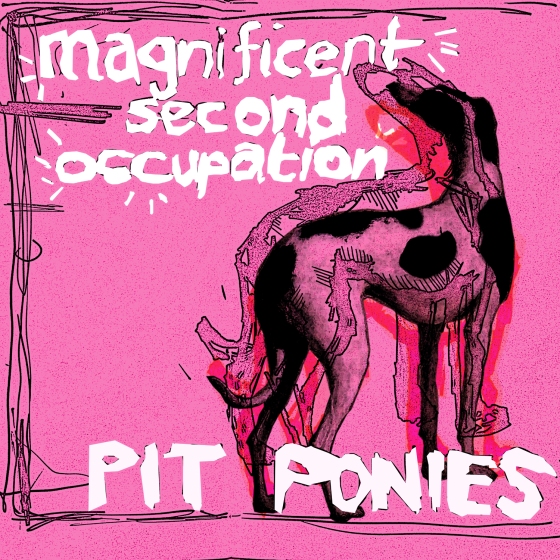 I’ll start with Pit Ponies who first came to my attention on last year’s excellent Trashmouth compilation “Thinking of Moving to Hastings”. I bought that sampler, partly because it was cheap and so am I, but also because I wanted to explore what else was on offer from the label responsible for irresponsible mayhem-mongers Fat White Family. One of the Pit Ponies tracks on that comp “Furies” re-appears here and is just as mysteriously melancholic as when I first heard it. Like much of the album, this song has a deep yearning in it and although at times I’m not quite sure what singer Euan is yearning for, it’s powerful stuff. The theme of futility and pessimism runs through much of this album just as the most congested, most depressing stretch of the M25 runs through the band’s home turf just north of the Dartford tunnel. There’s a lyric on “Welcome to the Unhappy Bit” that says “50 going on 24” but these lads seem to be the other way around. They’re only in their 20s but they’re already giving off a strong scent of world-weariness in lyrics like these:“I’ve given up finding a saviour” “nothing ever seemed to go right” “I’m getting bored of my life” “I don’t know what else to do with myself or where else to go”

Hats off to the youngsters because that kind of cynicism only usually gets ingrained in you after a few more years of life kicking you in the bollocks. Maybe it’s caused by all that hanging around in Wetherspoons pubs that Euan’s former band Corporal Machine & The Bombers sung about so eloquently. (Some of their stuff available as a “Name your price” download here.)

But wait, come back, because despite what I’ve described, this is not a depressing listen at all. Far from it. There is hope here. Like Springsteen at his bleakest and best, there is a possibility of redemption here. There are tales of dancing to The Stone Roses at indie discos, falling in love “when I clapped eyes on to you”. The line “I’ve given up finding a saviour” is not about resigning yourself to a miserable fate, it is the realisation that no fairy godmother is going to appear out of nowhere to give you a helping hand. You’ve got to do it by yourself in this world.

The production’s all a bit Billy Childish, bit rough around the edges but it needs to be that way and it makes me long to see Pit Ponies play these songs live. There’s some great distorted guitar solos reminiscent of early Dinosaur Jr and if you’re wondering what happened to the Farfisa organ that Steve Nieve stopped playing around 1979, well I think the Pit Ponies half-inched it.

It seems wrong to pick out particular tracks from the album because this is definitely one of those albums that needs to be listened to in full so you can soak up the spirit of it. It’s all too easy these days to listen to one song by a new band and make your mind up from that. But I’m saying to you fuck checking them out on Youtube, fuck Spotify playlists and fuck shuffle mode. These lads have taken the effort to write and record a blinding album so treat it with the respect it deserves and listen to it in the right way, in one sitting and in the correct running order. If you can hear romance and beauty in the lyrics of any of these: Jackie Leven, Tom Waits, The Pogues, The Libertines, Arab Strap, Ian Dury, then you need to buy the Pit Ponies album. 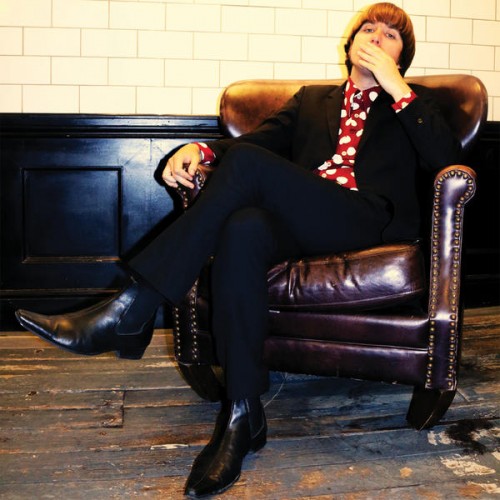 Back when we first started doing this blog, we played the song “Motherfuckers” by Simon Love’s Cock and Balls on our second podcast. Back then we hadn’t realised that Simon Love was him out of sarcy should’ve-been-massive indiepoppers The Loves. We loved his foul-mouthed anthem back then and we still love it now. The song’s use of a clip from “Harold & Maude” may well be the best sample of film dialogue since the first B.A.D. album.

Now, finally, there is an album to go with it. Our hero has dropped his Cock and Balls and this is released as simply Simon Love. You may have heard “The New Adam and Eve” which has been streaming online for a few weeks. What a song that is! An instant classic. How can you not love a song that starts with the line “I’m gonna kill somebody today and make it look like suicide”?

The song’s narrator plans this and other intended homicides “leaving just you and I, everybody else can go fuck off and die.” Now THAT, Mr Gallagher, is how you write a chorus. A hilarious and simultaneously gloriously romantic idea, echoing Morrissey’s double decker bus crashing into us.

Later on there’s a bit about a jellyfish which I’m claiming as the greatest verse in any song this year but I’m not going to spoil it for you by transcribing the lyrics here. Instead here’s a photo of an indie jellyfish sporting the de rigeur polka dot.

“The New Adam & Eve” sounds like it should be the big hit of the summer, blasting out of every radio on every beach in the land. Sadly that won’t happen because of its insistence on repeating the word fuck every few lines. The breezy string-drenched “Sweetheart, You Should Probably Go To Sleep” also celebrates a loved-up relationship with Love calling in sick “to spend the day wrapped up in you”

Knowing how much Simon Fucking Love enjoys a good swear, the biggest surprise on the opening track “**** Is a Dirty Word” is that the 4-letter word in question is not the one you might’ve expected it to be. And it’s not that one either. Here, again, some bitter and twisted lyrics are matched with a very jaunty jolly gentle little tune before Simon gets his sweary head on again and the song becomes a much Wild-er Thing altogether.

Another song contemplates penectomy (please don’t Google that) with the jolly refrain “oh I’m thinking about cutting it off!” It’s a creepy waltz with evil laughs, hints of music-hall and slices of organ (snigger) that are very Nick-Cave-at-the-carny. It might not sound like it from that description but it’s also fucking hilarious and clearly the work of a genius. It’s called, unsurprisingly, “My Dick”

Being one of the few songs without swearing in, the song that I’ve heard on 6Music a couple of times is “Wowie Zowie”, a 60s garage-rock stomper with a “bow bow ba ba ba ba” refrain that sticks in your brain.  “You Kiss Your Mother With That Mouth?”, another inspired songtitle, trundles along in a similar vein with a bit of Bolan boogie thrown into the mix. 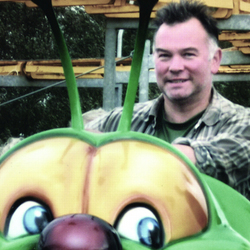 Britain’s 41st best stand-up Stewart Lee makes an appearance on “The Meaning of Love” which is not him singing a cover of the Depeche Mode classic but him reading out the text from the Wikipedia page of the word “love” over a funky Hammond-driven groove. Interesting for the first few listens but, like the McCartney cover “Dear Boy” not as essential as the rest of the album.

The album closes very strongly with 2 great songs. There’s one called “Elton John” that I had intially assumed was about some other person that had wronged Simon Love in some way (ex-bandmate? ex-lover? ex-business partner?). But I’ve since learnt that it is actually about the Pinner pianner-pummeler himself. It’s written from the point of view of that lady Renate he married in the 80s. “No fucking way! Am I fucking alone again?”sings Renate, understandably angry that, according to a book that Simon Love read, the night before the wedding Elton had a threesome with his then boyfriend and a male prostitute and then invited them to the wedding. (No point suing us for saying that Elton, we don’t have any money!) 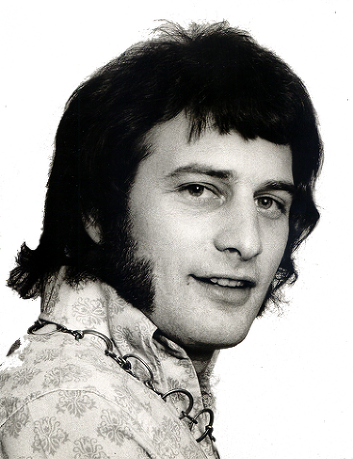 Is Emperor Rosko the twin brother of Mick Channon?

Then there’s the title track that closes the album with more self-deprecating humour, with Love referring to himself as “this shadow of a man that barely stands before you.” This track also initially came out with “Motherfuckers” in 2012 as a free download from the Odd Box website but this new version has the addition of old-school DJ Emperor Rosko who reads out the album credits before signing off in style with the words “God speed you fancy bastards!” As with Pit Ponies, you feel that you’ve been listening to a proper fully-realised album that someone’s put a hell of a lot of thought into, rather than just a collection of songs that just happen to have been released at the same time.

“It Seemed Like a Good Idea at The Time” is an album brimming with humour, confidence, extremely catchy tunes, eccentricity, lyrical invention and a fucking shitload of swearing. I’ve listened to it about half a dozen times now and with each subsequent listen I’m becoming more convinced that it’s a masterpiece.

What you should do now:

You can get both those albums for less than a round of drinks so get on it, people.