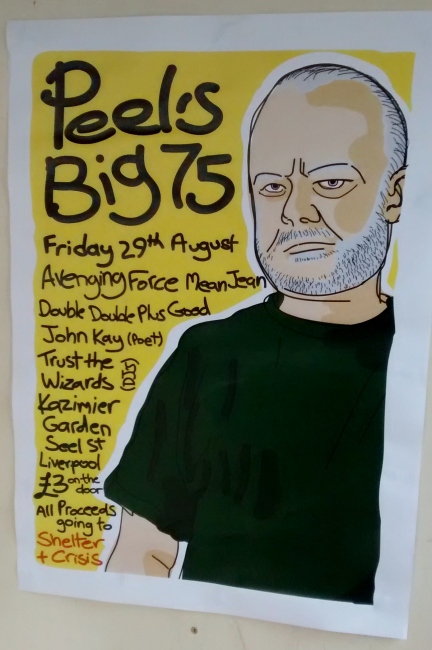 Today would’ve been John Peel’s 75th birthday and last night we were proud to be part of “Peel’s Big 75” at The Kazimier in Liverpool. We were asked to DJ for the night so we played a Peel-flavoured set that went like this…

After that, there was some witty poetry from John Kay including one about Scousers, a ballsy move from a Mancunian in an away fixture! 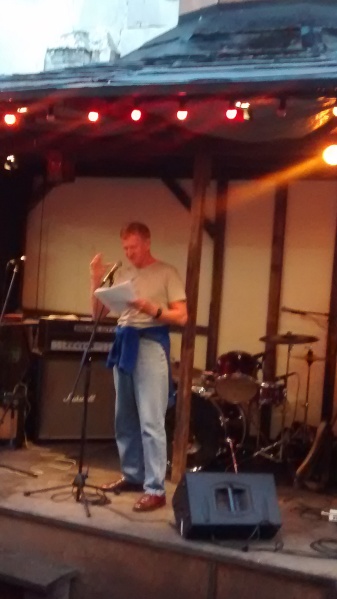 No Christmas for John Kay?

Here’s a Spotify playlist of the songs we’d played so far.

The rain was coming down hard by now and it was time for Double Double Plus Good who were exactly that. First time we’d heard these fellas but we were impressed with their instantly catchy punkypop sound.

Next up was Mean Jean, organisers of tonight’s gig and big favourites of the wizards from when we saw them supporting Scott & Charlene’s Wedding last August. They included some Festive 50 covers in their set including that Camper Van Beethoven classic and Chorizo’s favourite Pavement song. You can also hear them on our recent podcast number 26.

Last band of the night were Avenging Force featuring bassist Graham who rose Lazarus-like from his sickbed to play the gig and ended the last song in a heap on the floor. As might be expected from a band who’ve made an album with Steve Albini, they were REALLY LOUD which is always a good thing. Monstrous drumming, lots of crazy effects pedals and plenty of fucking about with feedback here, all of which created a truly beautiful racket. 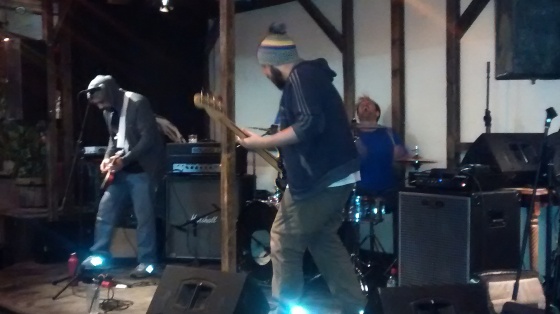 Can you feel the Force?

Here a Spotify playlist of the second half of the set.

The whole evening was in aid of the 2 charities Crisis and Shelter. You can donate on this page.

The wizards and everyone on the stage last night had their life significantly enriched by John Peel’s radio shows. Have a listen to our special podcast celebrating the music he championed. Happy birthday John.