A selection of CDs I’ve bought this year

Coming soon to this very website, podcast number 85 featuring lots of my favourite songs released in 2018. In the meantime have some of this!

Favourite Albums of the Year – The Top 10

Quit the Curse by Anna Burch

Jazzbelle 1984 1988 by Have You Ever Seen The Jane Fonda Aerobics VHS?

Another 20 favourite albums (in no particular order)

Arrhythmia by Stuart A. Staples

The Deconstruction by Eels

The Deconstruction by Eels

Arrhythmia by Stuart A. Staples

A Compulsion for Propulsion by Three Dimensional Tanx

Fire Behind The Curtain by Adam Stafford [read our review]

A Compulsion for Propulsion by Three Dimensional Tanx

This is Eggland by The Lovely Eggs

A Long Engagement by Nickodemus

A Long Engagement by Nickodemus

This is Eggland by The Lovely Eggs

The Official Body by Shopping

The Official Body by Shopping

Silver Dollar Moment by The Orielles

Look Inside Your Heart by The Wave Pictures

Look Inside Your Heart by The Wave Pictures

Silver Dollar Moment by The Orielles

Take Me All Over The World by The Yearning

Stick in a Five and Go by Sleaford Mods

Squirrel Away the Summer by Charmpit

I went to 2 festivals this year and both were brilliant.

Then in July I went to Indietracks in Ripley, Derbyshire.

Favourite gigs of the year

Instead of trying choose favourites and put them in some kind of arbitrary order, here’s a chronological list of all the gigs I went to in 2018. I loved every one of them! 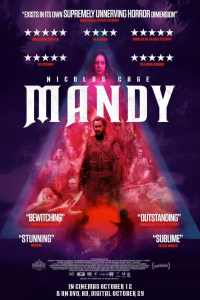 Ghost Stories (brilliantly written and performed and as it says on the poster the best British horror for years.)

Didn’t come out this year but I also really liked Burn Burn Burn (2015).

new version of The Grinch

Serial (series 3, the best series yet)

I read a lot of musician biographies but this one really stood out. The book is especially good at portraying the friendship between Lol and Robert Smith which starts on the first day of school.  Unlike many biographies, there is a lot of interesting detail about the making of the records and the thinking behind various changes in sound that the band went through. Lol comes across as a thoroughly likeable bloke and after he leaves the band and falls out with Smith you find yourself desperately rooting for a happy ending.