New album review: Fire Behind The Curtain by Adam Stafford 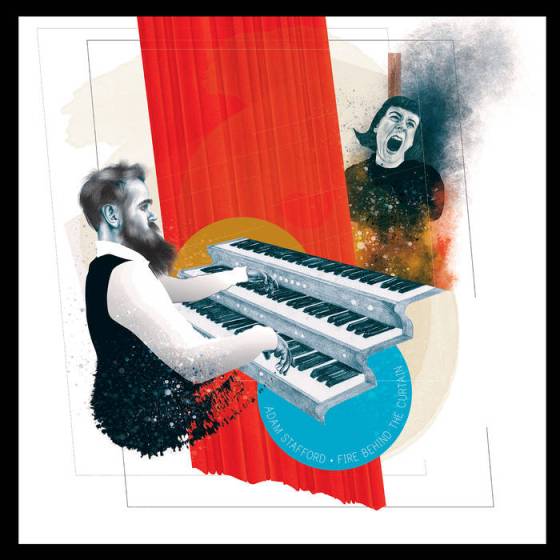 The album title comes from a line in “Strangers Care When You Burn” whose story takes place at a wake with the narrator reflecting on the funeral with words like “a life summarised by a stranger in 30 minutes.” It’s the kind of powerful observational poetry former Arab Strap man Aidan Moffat does very well but here it is the only non-instrumental track on the album. For the rest of the album, it’s down to the music alone to create the mood. The album is dedicated to “anyone who has ever been hungover, down-and-out, running from themselves, running for their life, trapped in prisons internal/external” and its creator has had a long struggle with depression and severe dyslexia.   There are signs of struggle throughout, tension between the harmonious and the discordant and Stafford uses a dizzying sonic palette to achieve this atmosphere.

Most of the tracks are built around the 3 R’s as defined by The Fall: “repetition repetition and repetition.” Opening track “An Abacus Designed To Calculate Infinity” starts with a simple repeating figure music-box figure and a string quartet, soon joined by a buoyant piano line and a jaunty whistled melody. Two minutes into the album and I’m already hearing echoes of New York minimalism, classic film scores “Requiem for a Dream” and the carillon from “For a Few Dollars More”, Bjork’s “Vespertine” experiments with music-boxes and turn-of-the-millenium grab-bag anything-goes sample traders like Lemon Jelly and The Avalanches. By the time the track has concluded we’ve also heard distorted drum machines and sheets of MBV-like guitar noise.

Snaking guitar lines phasing and shifting over each other kick off “Zero Disruption” and are later joined by a choir reminiscent of Trio Bulgarka’s contributions to Kate Bush’s “The Sensual World” album or the fantastic all-female choir Bjork toured with a few years ago. Stafford took the track’s title from a self-help relaxation CD and says “the voices are meant to sound like alarms going off, and the track as a whole is based on panic and auditory hallucinations.” Conversely, I found it one of the most light-hearted calming pieces on the album. Have a listen for yourself here.

Another of the album’s more accessible tracks is “Sails Cutting Through An Autumn Night” which takes shape around a straightforward repetition of B and E and adds more and more overlapping layers of melodic invention and had me thinking of both The Durutti Column and Zbigniew Preisner’s brilliant and beautiful score for “The Secret Garden.”

The most straightforward “rock” and the only track to feature an actual 4/4 drumbeat is the charmingly titled “Museum of Grinding Dicks” which features a repeated bluesy riff. The combination of primal drums, bass guitar and saxophone calls to mind the much-missed Morphine and when the rest of the percussion kicks in it could be the Bad Seeds or Polly Harvey in full on talking-to-fish-about-her-drowned-daughter mode. 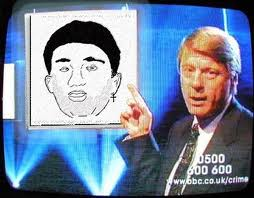 Equally unusual but probably my favourite track on the album is “Witch Hunt.” Clocking in at 9 minutes, it starts with a repeated triplet guitar figure similar to Portishead’s brilliant “The Rip” and features more beatboxing, strings, several electric guitars, a choir singing “la la la”s and some weird cuckoo noises. Following the quiet-loud-quiet formula very well, it is consistently interesting and like Steve Reich’s music that clearly influenced it, you hear new melodies and interactions between phrases on every listen.

A special mention is required for The Pumpkinseeds string quartet and in particular their cellist and arranger Pete Harvey. This album would be very good without the strings but it is these arrangements that make the album into something really special. From the light rhythmic pizzicato of “Rivers Searches Into The Night” to the sinister microtonal “Fanfare For The Mourning Tallow” the strings are never cliched or predictable. They often leave you feeling unsettled or at times plain fucking terrified. This is particularly the case with “Invade They Say Fire” which features grindingly repetitive motifs creating a nightmarish atmosphere, like Bernard Herrmann stuck in a tumble dryer. But then again if you’re trying to create an aural illustration of mental illness then this is exactly what you need. For what is depression if not a succession of grindingly repetitive motifs creating a nightmarish atmosphere?

“Fire Behind The Curtain” was released last Friday on Song By Toad records.

Stream and order the album below.

More of our album reviews can be found here and here.