So last night I met up with my fellow wizard Kicker of Elves & his son Kicker Junior in Liverpool to see one of our favourite bands The Thyme Machine.

Support came from David Leach, a singer who was new to us but one who made an immediate impression with his intelligent witty songs sang unamplified with uke accompaniment. He sang songs about Bullseye, crap office dinners at Wagamamas, sneery snide Megadrive-owning teenage girls who turn into sneery snide adult women and Accrington Stanley. (“Who are they?” “Exackkkkkkkkkkkkly”)

All of these can be enjoyed on his new CD “Nothing Concrete” which both of us bought copies of, each in a unique handmade knitted CD cover.
Get your copy here:

After that, the evening went rapidly downhill because just minutes before the headline act came on, the venue staff asked Kicker Junior for I.D. to prove he was 18 which he didn’t have because he isn’t. Whilst we understand the reasons for this and we appreciate that dealing with city centre licensing laws is difficult for small independent venues,  the likelihood of this being enforced at this particular time was pretty slim. I think even Liverpool City Council licensing inspectors have got better things to do at 10pm on a Bank Holiday Monday!

So Kicker and Kicker Junior went home without seeing the band they’d come to see. I could’ve left too but being the selfish git that I am, I stayed and watched Kriss Foster and the band turn in another brilliant set. He really is a lyrical legend and the band are fantastic. Great to see his Freddie Mercury style shortened mike stand made from a table football table again. They played quite a few from the last album, “Going Steady with The Thyme Machine” starting with the song that sets out the band’s manifesto called, appropriately enough, “Manifesto” and ending with my favourite song from the album “I’m in Love with the Girl from the Argos Catalogue” 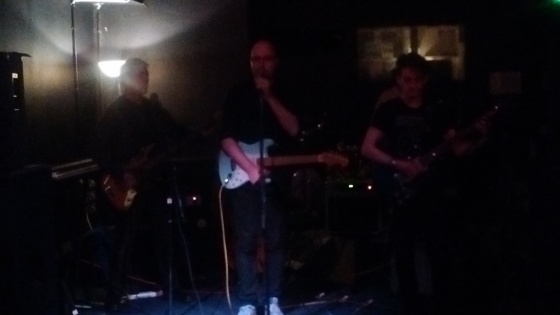 They also played plently of older tunes, particular highlights being the library jigsaw misadventure “998 Pieces”, the homage to favourite seabird “Kittiwake Kittiwake” and the scratty gannet’s lament “The Amateur Taxidermist’s Bird.” Masterpieces every bloody one. They even got us to hold hands and form a circle for an impromptu hokey-cokey during “The Only Statue Cleaner In This Town” 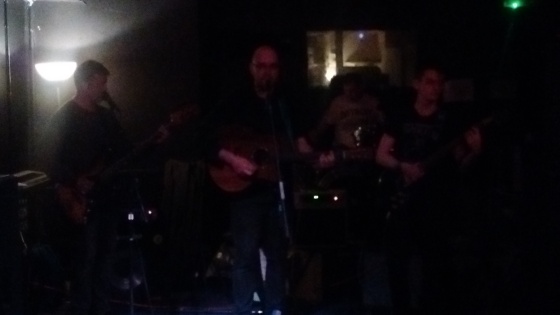 I was reminded me of a lyric from “Let the Weird Band Win” by MJ Hibbett.

But really that’s just the beginning of the story.

Kriss was aware of Kicker Junior’s troubles last night and even though it wasn’t his fault at all, he was very apologetic and said he’d do something to make it right. But we had no idea the lengths he was prepared to go to in order to do just that.

At lunchtime today, The Thyme Machine and support act David Leach turned up at Kicker’s house with a full P.A. to re-play last night’s gig. They set themselves up in the garden and made Kicker Junior’s day / month / year.

Here are some photos from an extraordinary day. 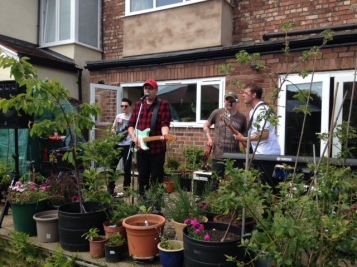 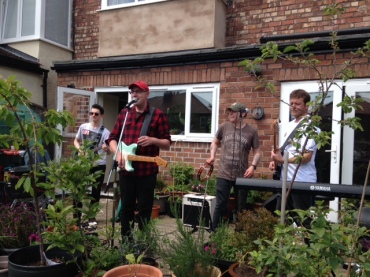 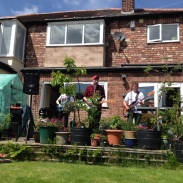 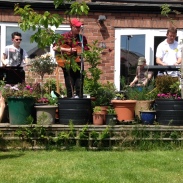 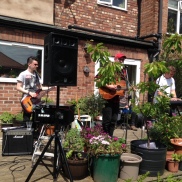 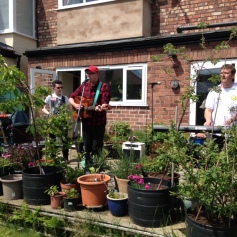 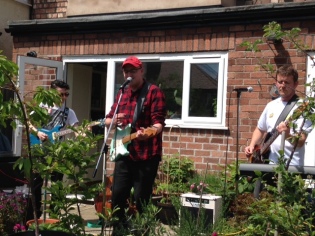 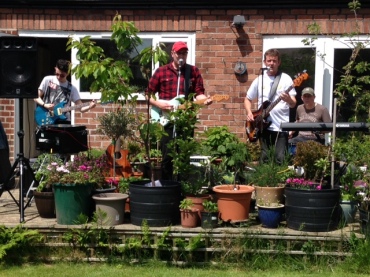 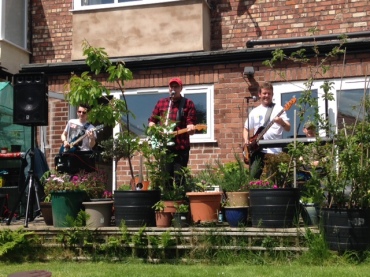 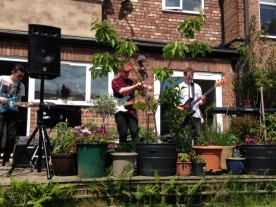 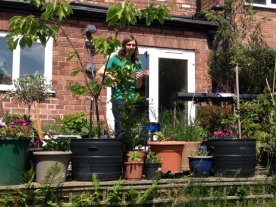 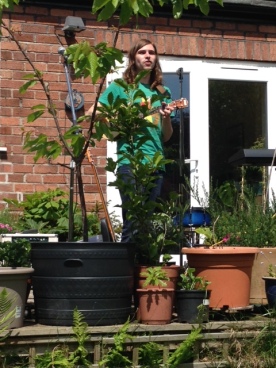 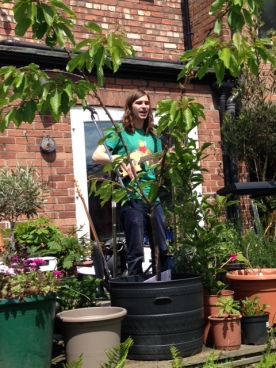 They even did the forming a circle thing and that’s not easy when there’s just Kicker, Mrs Kicker and their teenage son who’s not been awake long and is still in shock from it all!

Last summer at Indietracks festival, Kicker and I got chatting to a bloke who was wearing a Thyme Machine t-shirt. It turned out that his name was Benni from a band called Ice Pops for Breakfast and he was a neighbour of Kriss’s. I remember him telling us that Kriss was the kindest and most generous person he knew. He was right, wasn’t he.