So what are the best songs with shared titles?

Listening to “Shut Up” by Savages on my fellow wizard Kicker’s Monthly Mix for August, I started to think about one of my favourite Madness songs which shares the same title. I can even play the intro on the piano which shows all that time I spent as a youngster practising chromatic scales wasn’t completely wasted!

Altogether now… ONE! TWO! THREE! What a classic!

I started to think about other songs called “Shut Up” but all I could think of was that one by The Black Eyed Peas and that doesn’t count because it’s shit.

So I started to wonder what is the best shared song title? A quick search on Google told me that the most common song title to feature in the US Billboard charts is “Hold On”. But off the top of my head, I could only think of 2 “Hold On” songs, one by Tom Waits and Wilson Phillips, the band made from the DNA of unfortunate Californian drug casualties. 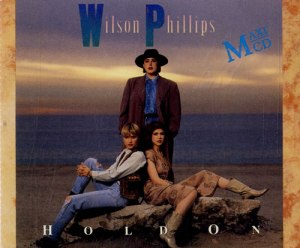 After pondering this issue for a whole fortnight I’ve come to the conclusion that if you want to write a really great song, you should call it “I Want You”. By my reckoning, there are 5 absolute belters with that title. Click on the name to see a video.

All great songs yes. But, as Harry Hill would say, which is best? There’s only one way to find out. VOTE!!

By the way, The Godfathers are about to go on tour and they’re well worth catching live, details here.

You’ll notice The Beatles are absent from that list because their song is actually called “I Want You (She’s So Heavy)” so that doesn’t count. You’ve got to have strict rules for this kind of thing.

But wait, that’s not all. Maybe you can think of a different song title that can compete with or even beat “I Want You”. Can you find another title that has 5 really good songs? Let us know what you find.