As the excesses of the last couple of weeks now really start to take their toll, what better way of welcoming the year MMXV could there be than sitting back and getting Kicker’s ‘Rest of the Best of 2014’ sent directly to your ears? Oh. 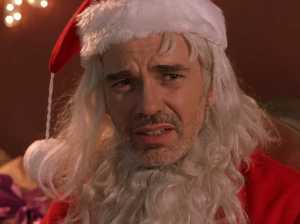 Well, in any case, here, with a necessitated foreshortened preamble, are the songs that very nearly made my best of the year podcast, but just missed out. Nonetheless, all are still essential.

1. Superfjord – A Love Supreme : nigh on 7 minutes of aural ecstasy that sums up the raison d’etre of the highly collectible Fruits de Mer releases. This extravagant kosmische take on the John Coltrane number fought off  some fantastic releases from the label in 2014 from the likes of Astralasia, Simones and pod favourites, Sendelica, for inclusion. We strongly recommend you seek them all out.

2. 10,000 Blades – Fuck You, Die : my fellow wizard, Rebel Rikkit had this lot on his best of 2014 podcast, but with a different track from their Freshwater Muscle EP, but it this one that best explains their life view, one where we are very much encouraged to ‘punch life in the dick’. We’ve all been there.

3. Amen Dunes – Lilac In Hand : a slow burner this one, from their Love album, but the one that stood out for its unlikely singalong chorus as well as the hypnotic rhythm tapped out on, I would imagine, very small blocks of wood. Hesitation here, does not fail.

4. Evil Blizzard – Clones : one of my gig going experiences of the year was catching this lot supporting the wizards’ band of the year, Sleaford Mods. On record, it was this PIL-driven stomper that has me playing the Strummer rule to force its inclusion from their The Dangers of Evil Blizzard LP on this mix. This video is a belter too.

5. Ming City Rockers – I Wanna Get Out Of Here But I Can’t Take You Anywhere : this great pop single with its top fuzz guitar riff comes courtesy of a bunch of large-haired hoodlums from the rock n roll swamplands of, er, Lincolnshire. These boys have certainly heard a Stooges record or two and their self-titled LP comes highly recommended.

6. Suzanne Vega – Laying On Of Hands/Stoic 2 : the best song of the year to namecheck a Theresa (not you, May!) from an artist I have followed right from the start of her career (well, a 1987 solo performance in Sheffield) and who consistently makes me cry. No change this year when me and Mrs O’Elves saw SV wow a Salford audience with old classics and the live debut of tracks from this year’s Tales From The Realm Of The Queen Of Pentacles. Dum der der um, dum der der um…

7.Circus Devils – Animals Are Alarm Clocks : this is Robert Pollard at his understated best in a mostly acoustic setting. The Circus Devils Escape LP is a much quieter and reflective affair than in recent times and is sure to be a long-term favourite in my house. Sadly, it’s not on Spotify, but you can hear the track in full on this link. You really should go and buy the album here though.

8. Guided By Voices – Males Of Wormwood Mars : this is my second favourite GBV song of the year. This one comes from the Cool Planet album and reminds us that despite it all ‘we shall strive / skinned alive’. Oh, yeah.

9. Tir Na No’g – I Pick Up Birds : another winner from Fruits de Mer with the Irish psych-folk legends Leo O’Kelly and Sonny Condell. This track is from the I Have Known Love EP, which includes a cover of the Apples In Stereo song. Unfortunately, I can’t find a link to this song anywhere, so you’ll just have to track the EP down. You won’t be disappointed.

10. SonSon – Foghorn : this tremendous instrumental comes from the Swedish band’s A Shine Below The Mound LP out on the German label Kapitaen Platte. There are clear psychedelic influences here too, but so much more than just that.

11. East Brunswick All Girls Choir – West Brunswick : definitely not an all girls choir, but possibly from East (or West) Brunswick if that is a part of Melbourne. This is the opening track on the Aussie band’s Seven Drummers LP, which, frankly, only features one drummer. So many levels of deception here, just as well that this song features the best harmonica playing of the year.

12. John Murry – Golden State : a tip top track from Chuck Prophet’s mate from his rather neatly titled Califorlornia EP. This song paints a bleak picture of the current soulless money making goings-on in San Francisco (I’m guessing) and features the brilliant couplet ‘fuck getting it right / just get it done’. It’s not on Spotify, so take time to watch the video below.

13. Eyeless In Gaza – Mania Sour : Nuneaton’s finest continue to produce thought provoking music and this year’s Mania Sour release harks back to their noisier earlier material. This is very much all right by me as it’s the likes of Photographs As Memories and Rust Red September that still find their way onto my turntable. Anyway, it’s the title track of the new one that’s my favourite with its superb guitar sound and frantic drumming. You can only get to hear it if you buy it here. You should.

14. Mirel Wagner – The Devil’s Tongue : this is off-kilter haunting folk noir at its finest. From the When The Cellar Children See The Light Of Day album. This song will stay in your head for ever.

15. Morrissey – Mountjoy : Mozza’s World Peace Is None Of Your Business LP is right up there at the top of my list of favourite albums of the year. Not so much for the always interesting lyrical themes, but for the much more interesting instrumentation than we have had of late. I could have chosen a number of tracks, but this is the one that carries the most political weight. Have a listen below.

16. Shellsuit – Wednesday Morning Bootle Strand : the new one from the Scouse ex-posties is a melancholic look at everyday life that the band themselves describe as “council estate soul music for the underdogs”. You really need to hear their musings on bus rides, mishearing what people say and Wayne Rooney’s missus’ expensive taste in belts. To do so, you’ll have to get hold of their album here. I’d recommend the title track.

17. Faerground Accidents – We Hate The Same Things : another hit from John Robb’s Louder Than War stable. This cracking piece of glam influenced post punk comes all the way from Sheffield and has hints of Pulp, Morrissey and Suede, but ultimately is all Faerground Accidents. Lipstick and attitude.

18. Bonnie ‘Prince’ Billy – Whipped : a bit of a contentious inclusion this, as this song was b-side that came out a few years’ ago. However, BPB’s 2014 album Singer’s Grave A Sea Of Tongues features a full band realisation of the song that drastically changes it from the dirge like original to a beautiful slice of Americana. You can hear the new version here and can then compare it with the slower solo version below.

19. Sun Kil Moon – Richard Ramirez Died Today Of Natural Causes : Mark Kozelek has been all over the pod this year, but it’s his SKM album Benji that has been the real highlight for me. Possibly my favourite record he has ever recorded under the moniker, there are so many tracks I could have chosen, but in the end it’s this barrage of words that makes the cut. The best lyricist in music today? Damn right.

20. Malayeen – Najwa : the final track comes all the way from Lebanon and features on the band’s self-titled release. A recommendation from the Norman Records online store, they described this track as being ‘a sensual blast of swirling keys, the lovely wail from that jaunty accordion thing and multifarious slinky, swaying percussion. Some crazy electronic scree like rabid digital seagulls in there too.’ How could I resist? Talking of which…

All eighteen previous mixes are still available for free! Why not follow us on Spotify to avoid missing out?