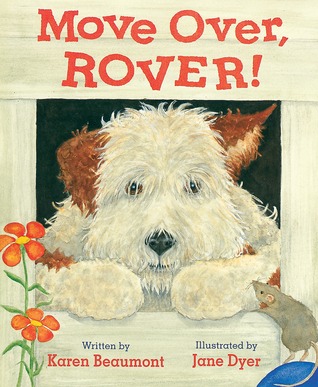 and let Jimi take over!

Back in podcast 4, a song by the mighty Chuck Prophet sparked a conversation between the wizards about the best “calls to arms” in music.

Before we go any further, I think we need to define what exactly is a call to arms. It’s one of those moments in a song where a bandmember (usually the singer) says something to alert the listener that something big’s about to happen. Very often this will be something simple like the “mmmm” just before the guitar solo on I Feel Fine or the “oh yeah” on pretty much every record by Pulp.

Our own Rebel Rikkit has gone further and come up with some rules.

A true call to arms should:
It should not:
If you’re still not quite sure what we’re talking about then here is an outstanding example.
In the song “Fire”, Jimi precedes the guitar solo with several choice phrases, including the classic “move over Rover and let Jimi take over!”
You can jump straight to that moment here or watch the video below.
That’s probably the best and most famous example. Rebel Rikkit kind of mentioned this in our discussion in podcast 4 but he used the phrase “move over Rover and let Mr Huckleberry take over!”. That may sound like a line from The Cosby Show but he assures us that it’s actually from the Red Hot Chilli Peppers’ version of “Fire”.

Another example mentioned on podcast 4 is “Complete Control” by The Clash, in which Joe makes a confession to his bandmate Mick: “You’re my guitar hero!”. Aww, isn’t that sweet.
It’s at 1:08 on the video below. Listen to the whole song if you can because it’s great. But if you’re short on time just click here to go straight to the key moment.

This song was held up by Chorizo as the ultimate example of a call to arms.  However, an eagle-eared listener has pointed out that he is probably mistaken because most of the guitar solo has been and gone by the time of Joe’s exhortation. Fair point I suppose.

Another artist well versed in the art of the call to arms is Dick Valentine, the rather marvellous leader of Detroit funsters Electric Six. He likes to get his kicks by calling out “SOLO!” just before the band go into a solo.  Here he is doing just that on the wonderfully titled Naked Pictures of Your Mother. The video below does not actually contain any such pictures but I’ve heard talk of other places on the internet where your mother is displaying her wares.

Having started this “SOLO!” thing on this song and quite a few others on the excellent debut album Fire, Mr Valentine cranks it up a notch on their 4th album “I Shall Exterminate Everything Around Me That Restricts Me From Being the Master”. (Now there’s an album title!!) On the song “Riding on the White Train” he does the trademark “SOLO!” in the usual place but then repeats it over the top of the solo, thereby making it a solo of “SOLO!”s. Fine work there.

Another band who have turned this into quite an artform are national treasures Half Man Half Biscuit. They’ve done so many of these little asides before the solo that on podcast 5 Chorizo did a Fluff Freeman-esque Top 5 countdown. Not ‘arf!
Number 1 on the list was the song Moody Chops with its holler of the unforgettable phrase “alright boys fill the skip!” Check out the link here or video just below.

And whilst we’re on the subject, can I just point you in the direction of Chris Rand’s fantastic website , an absolute goldmine of HMHB information.

This particular subject got quite a large response from the listener and we are very grateful to all those who got in touch with their suggestions.

A good example came from listener Will Learmonth who made a claim for “I Heard Her Call My Name” by The Velvet Underground. Just ahead of each of the guitar solos, cheeky chappie Lou says “and then my mind split open” which, as Will himself says, is exactly how the guitar solo sounds/feels.

Listener Jimmy Dawson also got in touch with 3 great suggestions. Well, 4 actually but one of them was ruled out. Jimmy pointed us in the direction of a fabulous live version of “What Do I Get?” by The Buzzcocks where Pete Shelley sarcastically announces “tricky guitar solo”.

His 3rd suggestion was another punk classic, The Stranglers’ version of Bacharach and David’s Walk On By. Just go for a stroll in the trees, folks! Or if you prefer you could follow Rebel Rikkit’s advice when he misquoted that song on podcast 5: “Just go for a walk in the clouds.”

Huw Bevan also got in touch with a few songs. He put forward a couple of early Dexys songs but the wizards aren’t sure whether this one qualifies. Is that a call to arms or is that just Kevin rambling on in that way he does? (and we love him for it!) The bit in question starts at around 2:17 but I urge you to watch it from the start to see Kevin’s very interesting marching / dancing. How did that not catch on? The other Dexys one Huw mentioned was Kevin’s shout of “JIMMY!” on Plan B which definitely qualifies.

Now that’s a debatable one because usually someone just saying the name of the soloist would not qualify as a call to arms (see Rebel’s rules back up there). But because Kevin Rowland says Jimmy’s name with such force and passion, it sounds more like an order than an introduction and that’s why it makes the list. Introducing bandmembers is an altogether different thing and something that’s never been done (and never will be done) better than on the Bonzos’ “The Intro and the Outro.”

Back to Huw though, he was busy though because he also sent us this one. Rock me Joe!

The wizards themselves had thought of a few more when they revisited this topic in podcast 5.

Kicker came up with a top quality example from psychedelic blues nutjob genius Captain Beefheart. In his brilliant “Bug Eyed Beans From Venus” song, he gives his guitarist the instruction “Mr Zoot Horn Rollo, play that long lunar note and let it float!” before Mr Zoot Horn Rollo does just as he has been told.

That particular call to arms became quite a famous line, so much so that when Mr Zoot Horn Rollo (real name Bill Harkleroad) came to write his memoirs he called it “Lunar Notes” (available here if you’ve got plenty of another kind of notes)

Rather different from Captain Beefheart, Chorizo Garbanzo came up with a great one from Graham Fellows a.k.a. Jilted John a.k.a. versatile singer/songwriter from Sheffield South Yorkshire John Shuttleworth. A simple “here we go 2-3-4” does the job very nicely here on the song that ruined the life of every person named Gordon. What a song it is though.

On arguably his most famous song, podcast favourite Bruce Springsteen makes a curious “uh uh mm ah” noise, a bit like a man lifting a piano. Later in the same song, he lets out a percussive “HUH!” as the band end the glorious instrumental section. Sometimes an artist covering a song might tinker with the call to arms (see Red Hot Chilli Peppers above) or just might give it a little nudge of their own. When Frankie Goes To Hollywood covered “Born to Run”, they may have got a little over-excited by the thought of wrapping legs round velvet rims (or indeed the boys trying to look so hard) because they managed the impossible and outdid The Boss for manliness by replacing his “HUH!” with what sounded like (in both senses of the phrase) a massive ejaculation.

We’re going to finish off with the oldest song on our list (so far anyway, maybe you know an older one?) The great Gene Vincent impels his Blue Caps “let’s rock” and then later in the song “let’s rock again!” in his jukebox classic “Be Bop A Lula”.

But wait, don’t go, this doesn’t have to end like this. We could still carry this on. Maybe you know some other good calls to arms? If you do, add a comment below or just send us a message.