Welcome to the 274th day of the year and also, of course, the 1,054th anniversary of Edgar the Peaceable becoming King of All England.

But, hey, now is the time to give those Eddie celebrations a sidestep because here’s my latest monthly mix for you to enjoy. TFITFOTM*. Or something.

Anyway, this month we kick off with a stellar instrumental from Frank Zappa. Back in the late 90s, I went through a bit of a FZ phase (haven’t we all?) that saw me buy up just about everything he ever recorded. This was made much easier than it might have been by the fact I was living in the Middle East at the time and the single local music store seemingly only stocked Western CDs by Zappa, Madonna and, er, Diesel Park West. Since then most of those FZ CDs have mostly long gone, and the only one I keep going back to is Hot Rats. Still a great listen, especially this opening track. That is followed by a lively new single from the booted and suited coolsters Dexters before our old friend Robert Pollard turns up fully expectedly with a track that didn’t make my top 50 on an earlier blog or indeed the next 50 on a follow-up, but that I have still had in my head for days now. Listen out for Bob’s ‘English’ impression.

Up next is Darrell Rhodes with a song taken from a new compilation, Tick Tock Rock, out on Liverpool’s Viper Records that presents all the time-related songs from the 40s & 50s you could possibly want. Then it’s the stand out track and single from the new LP by The Fall – always different, always the same as John Peel memorably put it – followed by a very timely (or have they all been culled already?) song from The Extra Glenns (the first of two tracks this month featuring the very wonderful John Darnielle). 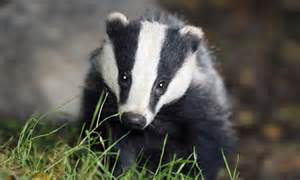 The extremely difficult to pronounce, Waxahatchee, wow us next and are followed by the shoulda-been-bigger Moose with a song from their always enjoyable XYZ LP. Then comes another mid 90s track, this time from the brilliantly titled debut LP on the indietastic Anyway Records label from Jenny Mae called ‘There’s A Bar Around The Corner… Assholes’. From a little bit further back,  it’s 60s legends The Pretty Things, but with a track taken from their 1975 album, their last before their initial split. And here they are, still rocking it, earlier this year:

Then it’s time for the strange and wonderful sounds of Minnaars before the other reformed indie-rock Boston band, Big Dipper, take us to the Faith Healer. Maintaining the faith theme, next up it’s the gospel R&B stylings of Pops, Mavis and the other Staple Singers with a real classic.

A track from the debut album from Warp Records own Maximo Park is next – a band named after a park in Miami despite being sons of Newcastle. More rock n roll than Hodgkin Park, I guess. A move over to the North West next gives us the best Liverpool band from the early 70s (that time between the Fab Four and Echo & The Bunnymen, eh?), Colonel Bagshot, who you might know better from DJ Shadow’s sampling on Six Days.

Another great protest song this time from the fantastic Polly Jean Harvey is next and then, oh, look, it’s yet another reformed indie-rock band from Boston – what is going on over there? Anyway, it’s Come with the marvellously titled Fast Piss Blues. Watch out for splashback, kids! The most mysterious of mysterious Blues singers is next up – a man whose only known photograph adorns his only record – check out Marvin Pontiac. You can hear another classic from the man here and read all about him here too! Then it’s that man John Darnielle again from my favourite Mountain Goats LP. A real lo-fi work of genius. 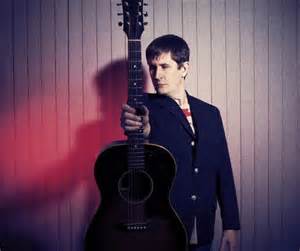 A track from Neon Neon’s latest concept album follows and then we have a rejection of responsibility from those noisy kids, Peachfuzz. Hot on their tail comes the finest all-girl pop punk band Liverpool has to offer right now – it’s Mean Jean. Grrr!! A real pop treat after that with another mysterious artist, this time from the 70s – it’s Mr Bloe. Time to get groovin’. Then wrapping things up, we have Johnny Vic, recording as Satellites. This emotional and spooky electronica is taken from his first album, the rather brilliantly entitled 01. He has a follow up out this year, which is equally as great and equally as impressively packaged. Bet you can’t guess what he’s called it.

3. The Accidental Texas Who – Robert Pollard (not on t’net so buy it here IMMEDIATELY.)

6. The Badger Song – The Extra Glenns

9. Runaway – Jenny Mae (also not available online so buy it here as a matter of priority.)

13. Trippin’ On Your Love – The Staple Singers http://www.youtube.com/watch?v=p1UCVAzZJnw

15. Six Day War – Colonel Bagshot (I’ve put the DJ Shadow version on the Spotify list, but the fabulous original goes like this: http://www.youtube.com/watch?v=CP02PlLgJqc)

19. The Best Ever Death Metal Band In Denton – The Mountain Goats

22. In Your Face – Mean Jean https://soundcloud.com/mean-jean-liverpool/in-your-face

And here’s the Spotify playlist with tracks where available.

* Thank Fuck It’s The First Of The Month or tuhfitfohtum for all the cool kids. (Thanks, Richard Herring.)