A new venue tonight and 3 cosmic bands for just 11 of your Earth pounds.

My good pal The Lancashire Toreador accompanied me tonight and outside the venue, we saw 3 young lads with long hair and simultaneously said to each other “I bet they’re in a band!” They were and they’re called The Floormen. They made good use of their flanger, reverb and delay pedals and have clearly given Boss a few quid over the years. The guitar sounded great, to those 80s-raised ears sometimes a bit John McGeoch, sometimes a bit Robin Guthrie, sometimes a bit Vini Reilly. One song reminded me quite a lot of this epic from 80s psychedelic heads Dr Phibes and The House of Wax Equations.

As the next band Barberos set up, we couldn’t help but be intrigued. Not just by the 2 drumkits placed facing each other at the front of the stage, but also by one of the bandmembers’ choice of trouser. Being a bit of a closet metal fan, I think The Lancashire Toreador was far less alarmed than I was by the white spandex we beheld in front of us, last seen being worn unironically sometime around 1992.

Down with this sort of thing

But I’m relieved to say that before playing the gig, the band got changed. Into even more spandex! Covering their whole bodies! Spandex onesies! Even over their faces! Oh yes!

They beckoned the audience to come closer to the stage and some of us braver ones did just that. Good job too because this is the kind of music that needs to be loud. At first the 2 drummers were playing in unison but then it got really interesting and they created more complex rhythms in combination. The keyboard player was just as busy as they were, both hands constantly moving playing bouncing basslines with the left and weird chords with the right. If you took away the drums, some of what he was playing could’ve come off a 70s Weather Report album or even Frank Zappa mixed with a bit of Squarepusher. At one point I even heard a bit of a J.S. Bach influence when there was this repeating triplet arpeggio thing shifting around. But whilst it sounded a little bit like all of those, it also sounded nothing like any of them.

(If you think I’m talking bollocks about the Bach thing, take a listen to this.)

The human brain likes to make sense of things and put things in order. It doesn’t like unstructured chaos. This is why things like this work. Music is the same, the brain tries to make sense of the sounds it hears and to organise them into familiar patterns or rhythms. The interaction between the 2 drummers and the way they played in Steve Reich-esque phase patterns really started to play tricks on my brain after a while. My brain started creating its own patterns and telling me I was hearing things that I wasn’t. Fascinating. You don’t get any of that at a Beady Eye gig I’d wager.

It really was all about the music but every now and again there were also some vocals. These were either totally incomprehensible words from the drummer on the left who had some kind of distorted helium voice effect going on. Or total gibberish from the drummer on the right who at one point made a long and impressive series of burbling oral excretions, the kind of thing that could’ve got him put in a cell for the night if he didn’t happen to be on a stage.

Here’s a bit of video I took at the gig but really this is a band you need to see live. I bought a CD from them afterwards but it’s difficult to imagine when will be the right time to stick that on. I am going to make a point of playing it in the car to Chorizo Junior just to see what he says. (Watch this space)

Don’t know what any of their songs are called but my favourite bit was when the keyboard bloke messed around with the tuning on one of his keyboards so it was some-fraction-of-a-semitone out of tune with the other one. Rock and fucking roll.

Headlining tonight were a young band from Santiago, Chile called Follakzoid. They are labelmates of the wonderful Moon Duo and they plough a similar musical furrow. I first heard them a couple of years ago when they released their second album II and they’ve just released their third album called, unsurprisingly, III. (Those numbers seem appropriate in this city originally built as a Roman garrison town)

Visually they were no comparison to Barberos but to be fair neither are most bands. The rhythm section were brilliant and kept things chugging along motorik-style. Incidentally, the bassist looked like a young Diego Forlan and the drummer was James Hetfield / the Cowardly Lion. 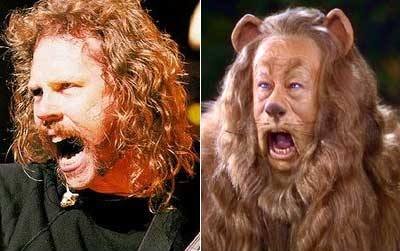 Lions and tigers and beards, oh my!

Their heavy psychedelic mostly-instrumental songs had The Lancashire Toreador nodding approvingly and repeating the word “Sabbath” to himself. They played for about an hour which meant 5 or 6 songs, at least 2 of which were from the new album. The highlight for me was the last song they played and the song that got me into them in the first place. Check out the fantastic guitar riff on “Trees”.

They’ve still got a few dates left on this UK tour so get yourself along to one of these if you can:

One last thing: a shoutout to the DJ for the night, the wonderfully named Spaceships Over Deeside who played some very interesting stuff and have some great bleepy droney stuff available here as “name your price” downloads.