For the second time in 3 nights I found myself in central Manchester in the company of my good mate The Lancashire Toreador.

On Thursday, we saw Julian Cope play a great gig that I never got around to writing an actual review of. But tonight we each spent a full 5 of our hard-earned British pounds to see 2 bands play at The Ruby Lounge.

First up were a band that neither of us knew anything about, local lads The Creature Comfort who were great entertainment. To say the lead singer was a bit of a livewire really doesn’t do him justice. He pogoed about, he crashed down and lay on the floor, he walked along the crowd barrier, he jumped into the crowd, he did some arm-waving dancing that was a bit like David Byrne only weirder. Hats off to him. The way he recklessly threw himself about he’s got to be a the most bruised man in rock. 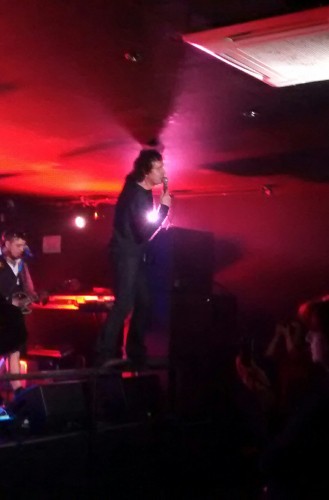 The Most Bruised Man In Rock

The music was kind of new wave, wouldn’t have sounded out of place in CBGBs and from what I could make out of them, the lyrics sounded pretty interesting. There was a song about Moss Side that The Lancashire Toreador particularly liked. We also really enjoyed the song “What We Want” which had with the lyric “business is warfare and we’re the ammunition” and a chorus of “Power Corruption and Lies”

In another song I’m sure he was singing about spicy jerk chicken, so a bit of something for everyone really.

Regular followers of our live reviews (hello to you both) may have noted our tendency to remark on bandmember / footballer lookalikes. One of the guitarists probably won’t thank me for saying that he looks a bit like former Nottingham Forest hardman Kenny Burns. 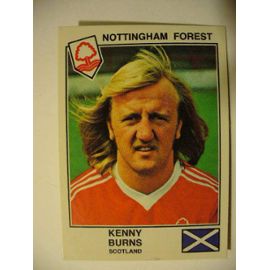 They’re playing Gullivers on 4th July so get yourself along to see them.

The other band on the bill were the multiple bass-wielding maniacs Evil Blizzard. I’d first encountered this mob supporting Sleaford Mods and a full description of that can be found on our podcast review. That gig was last September and I’m still having the flashbacks!

Tonight I went along better prepared for what I was going to experience because I took along a lion mask. I took this with me because a) I have a lion mask and b) I don’t get many opportunities to wear it.

This band are amazing both visually and aurally and I’m sure tonight’s gig will live long in the memory. For most of the gig, we stood on the fringes of the moshpit and it was great to see such a variety of people from teenagers to old greasers doing some proper old school “wrecking.” It’s fucking hot inside that lion mask so I only put it on for the last couple of songs and got down to the front. You can’t really see much inside the mask which is a shame because there was a hell of a lot going on in the last song (the epic “Whalebomb“). The band were joined by not 1, but 2, guest musicians bringing the total number of bassists onstage up to an impressive 6! One of those guests was wearing a duck mask. Also onstage was Blizzpig, a man with a pig’s head dressed in a butcher’s coat carrying a meat cleaver which he waves about as he leans threateningly into the crowd. I felt a shove in the back and turned round to see the bandmember with the pink jumpsuit crashing into me having given his bass to some bloke in the crowd to play. I had pretty much zero peripheral vision with the mask on so it took me a while to notice that most of the other people around me had gone and they were now up on the stage, some of them also playing the band’s basses. The rules are… there are no rules. This is the spirit of punk. This is what chaos looks like. Anarchy in the UK. Splendid stuff.

People of the world, don’t spend your evenings in front of the telly moaning that there’s no good new bands around these days, not like there was in your day. Get out there and experience something a bit different. Support live music, not shit telly. 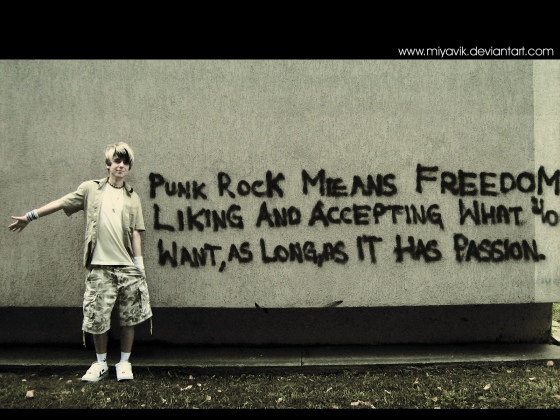 A different type of Creature Comfort.