As guitarist with Talulah Gosh, Heavenly, Scarlet’s Well, Les Clochards, Razorcuts, The Would-Be-Goods and more, Peter Momtchiloff is indisputably indiepop royalty. Last year’s Tufthunter LP saw him collaborating with a whole host of other luminaries and the album was included in our Best of 2015 selections. We’d like to thank Peter for taking the time to be lightly grilled by us about that album, his career and of course his breakfast preferences. 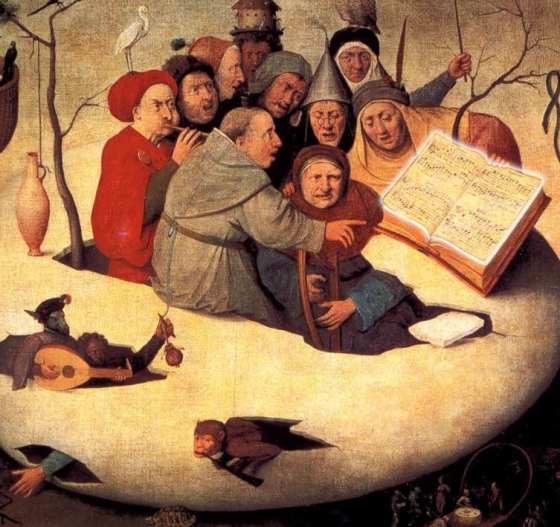 The Tufthunter album is a very strong collection of songs, is this a bank of songs that you’ve been building up for years?

Thanks, I’m glad you like the record. The songs span a very long period, though most of them were written in the last five years. You’ll have to believe me that I had no idea of making a record of my songs till about three years ago when the concept clicked: a different singer for each song. And the singers, like the songs, are from various different times of my life.  The earliest song, ‘Pirbright’, is from the 1980s (though subsequently revised), and is sung by my old friend Richard Ramage, with whom I was in a band (Here Comes Everybody) in the mid-80s. ‘My Future Band’ I wrote in the 1990s while I was in Heavenly, and it is co-sung by Amelia from Heavenly. ‘Low Life’ is a rewritten version of an unrecorded song I wrote for the Speed of Sound, who I played with from the late 1990s to the mid 2000s, and it’s sung by Kevin from that band. (I say something about each of the songs on the Tufthunter Facebook page.). Four of my colleagues from The Would-be-Goods appear on the record, three of my former colleagues from Scarlet’s Well, and three from my Oxford band Les Clochards.

Les Clochards, with Peter on the right.

With all the guest singers, did it take a long time to record? Did everyone come to you to record their parts?

It took about a year to record, with lots of gaps waiting for someone to be available. I did ropey demos ‘singing’ all the songs myself in a variety of keys, till all the songs were assigned to singers and we’d worked out the right keys for them. I rehearsed and recorded most of the basic tracks in Oxford with Ian Nixon (bass) and Gary Neville (drums) from Les Clochards. A few I did in London with my pal Jon Clayton. Over six months or so I got the singers to come into the studio in London or Oxford to do their thing, along with a few other guest players like Bid and Andy from the Monochrome Set.  Jessica Griffin did a lot of backing vocals.  The three US-based singers (Lois, Claudia, and Jeffrey) couldn’t make it in person, so we sent the backing tracks to them and they sent them back with vocals added.

Bid from The Monochrome Set

How did you get all these people to agree to be on the album? I know that many of them are current or ex bandmates so is Tufthunter basically your mates?

They are all old friends of mine so I was pretty sure they’d say yes, and they all did.

For the song Pirbright, did you choose the place because you liked the sound of the placename or is there some other significance?

Pirbright is the next village to where I grew up in Surrey, and Richard who sings it also grew up in Surrey. I thought Surrey was the most boring place imaginable when I was young. I can appreciate its charm a little now that I have lived well away from it for all my adult life. The song imagines a disgraced local celebrity coming back to drink himself to oblivion there, because he’s got nowhere else to go.

Any singers you wanted but didn’t manage to get for the album or anyone you’d particularly like to work with in the future?

I had two songs which I didn’t get around to recording, one for Calvin Johnson of K Records and one for Delia and Dave from the Family Way, who I played with in the late 90s. I was thinking of doing them as a single; perhaps I will get around to that. Calvin sang his song on his UK tour last year. I would have liked to ask Debsey from Dolly Mixture to sing a song, but I didn’t manage to come up with a good one for her.  I would have liked to feature my old pal Greg from the Razorcuts, but he’s retired.

Why did you decide to give the album away for free?

I wanted to make sure that everyone I wanted to have the album would have it, and I thought going through a sales process would just be an obstacle to that. As for people I don’t know, I’m perfectly happy for them to download it for free from tufthunter.co.uk. I had some money saved up to pay for the recording, mastering, and manufacture. And I’ve given out more than 400 copies without any difficulty, which is probably far more than I would have sold.

Amelia Fletcher is an economics professor with an OBE, you work in Philosophy for Oxford University, Elizabeth has won a Turner Prize. Surely that makes Talulah Gosh comfortably the cleverest band in the world!! I like to imagine you having extremely intellectual conversations in the back of the transit van back then, how accurate is that?

Talulah Gosh’s van talk, like most bands’, tended to be very infantile. In Heavenly one game we played was bad anagrams of bands’ names, like Nasty Soul Fonies for Nation of Ulysses. We didn’t care whether they were proper anagrams or not, so long as they had the ring of poetic truth. (I should say that we liked and admired Nation of Ulysses very much, it was just fun to be rude about them.) {TTW adds: We’ve tried to come up with an anagram for Talulah Gosh, the best we’ve got is all hush goat}

Talulah Gosh, the cleverest band in the world!

You’ve had a long career making music, have you got to meet some of your heroes?

My favourite band when I was young was The Monochrome Set, and I’ve been in the bands with Bid and Andy. My favourite album was Mondo by The Would-be-goods, and I’ve been in the Would-be-goods for fifteen years. So that would be a yes! In the 80s and 90s, when I was in Talulah Gosh and Heavenly, I met a lot of people in fairly well-known indie bands and I can honestly say that almost all of them were really friendly and encouraging. I think in particular of The Pastels, The TV Personalities, The Go-Betweens, Beat Happening, The Headcoat(ee)s, Fugazi, Bratmobile and the Magnetic Fields.

I haven’t got any releases coming up, but am playing early 60s r’n’b with the Count of Three in Oxford, and hope to have some Would-be-goods action before long.

10: Rod Stewart, Maggie May (not that I was in a relationship with an older woman)

20: The Monochrome Set, I’ll Scry Instead

What bands/artists should’ve been massive but weren’t?

If quality of songs was enough, I’d say the Would-be-goods. But of course it isn’t. Very few people in my part of the music world have the drive needed to become massive, and it wouldn’t suit them if they were. OK, let me try harder. Joan as Police Woman, Cats on Fire, Club 8, the Research. Further back‎: Laura Nyro, Judee Sill.

What is your favourite song with a question in the title?

If you could magic yourself into any band, past or present, which would you choose and why?

I did manage to insinuate myself into several bands that I liked (the Family Way, the Would-be-goods, Les Clochards).  If I could be allowed sufficient instrumental prowess as part of the deal, I would have liked a spell deputizing in Booker T and the MGs or The Meters.

You’re in a caff ordering breakfast. You are given toast and your choice of tea or coffee. You are then allowed 4 more items, what do you choose?

Smoked salmon, scrambled eggs, capers, bircher muesli.  I’m willing to go to continental Europe for my breakfast if that would help.

Cricket, is it any good or is it a load of old bollocks?

I played cricket until I was about 30, when I came to dislike too strongly the good-bloke macho banter culture which appeared to come in from Australia and South Africa in the 1990s.  I prefer Oxford City FC.