Just brilliant. I’m not going to do a full review because it would just be a list of superlatives! Long story short: If you’re any kind of David Bowie fan, you need to go and see this band when they come your way. 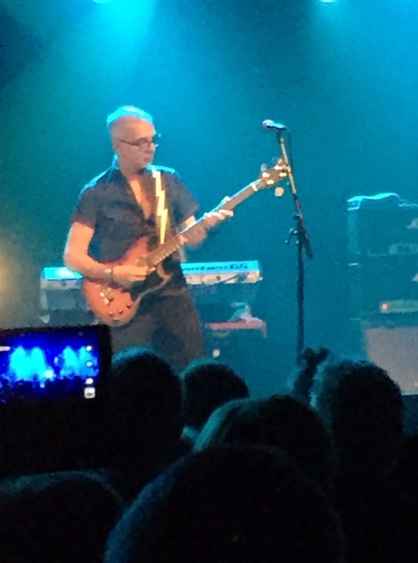 The deal is you get two original members of Bowie’s band from 1970 (Woody Woodmansey on drums, Tony Visconti on bass) performing the whole of “The Man Who Sold The World” and other classics from 1969 – 1973 (all the best stuff then!)

“I gazed a gazely stare”

The rest of the band is made up of fantastically talented musicians, including on backing vocals Visconti’s daughter Jessica Lee and the daughter and niece of the late great Mick Ronson. Two excellent guitarist Paul Cuddeford and James Stevenson. Then there’s the multi-talented multi-instrumentalist Terry Edwards who seems to pop up playing with loads of the wizards’ favourite musicians. (Tindersticks, PJ Harvey, Robyn Hitchcock, Gallon Drunk)

Taking most of the lead vocals is Glenn Gregory (ex-Heaven 17). Not someone I know much about beyond the big hit “Temptation” but bloody hell, he was good. And then there’s the wonderful Marc Almond, a born performer, a master interpreter of any song and a man who just belongs on a stage. 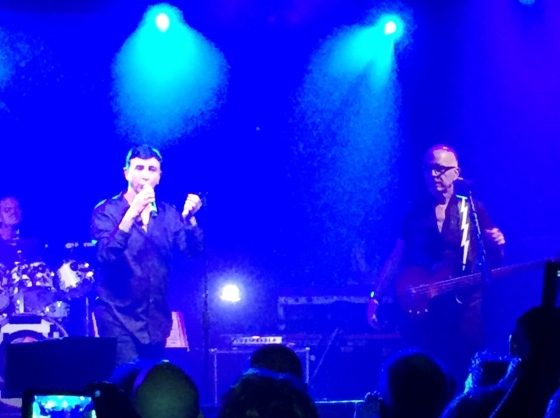 If I had to pick some highlights, it’d be “All The Madmen”, “After All” and “The Supermen” for the first half.

Every song in the second half was fantastic. Almost impossible to pick the best bits but it was great to see “Watch That Man” when both Glenn and Marc sang together. They looked like 2 lads who grew up as huge fans of this music and now they get to have a ball singing it in front of a passionate crowd. Another highlight was Glenn singing “Life On Mars”, not an easy song to sing but he has mastered it. 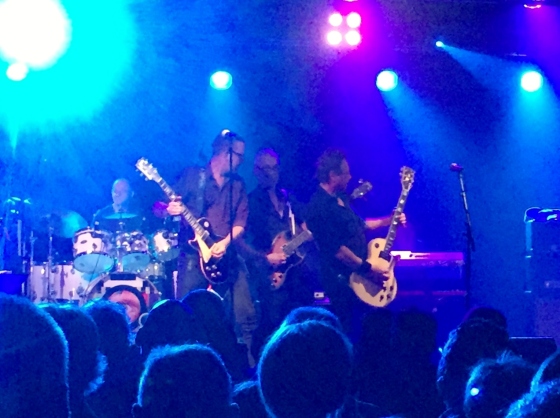 Here’s the second half setlist as well as I can remember it.

Now that’s what you call a back catalogue!!

Here’s a playlist based on the songs they played with a few other personal favourites thrown in.

Thanks to @tommwilliams for the photos.

Wish you were here!
(Photo by Mick Rock)