You can find Part 1 of this interview here.

In Part 2 of the interview, we go back to earlier parts of Terry’s career…..

CG: Instrumentwise you’re an all-rounder but you’re probably best known as a woodwind & brass player. What was the first instrument you learnt to play and why did you choose to learn it?

TE: I broke my leg when I was 5 and as I had my leg in plaster running around after a football was out of the question. Mum played the piano, so I took an interest in that while I was house-bound! The trumpet followed at 11 when I went to senior school, guitar at 13, sax at 18 and flute at 50…

CG: Did you have formal lessons as a youngster or did you teach yourself?

TE: Piano & trumpet were learnt ‘formally’ and I took exams in those instruments and music theory. By the time I took up the others I could already read music. As a consequence I’ve always found it easier to improvise on sax & guitar as I wasn’t tied to a music stand so much with them.

CG: The music you’ve released under your own name and with the Scapegoats contains elements of so many different types of music. Is there any genre of music you really don’t like?

TE: Try as I might I’ve never really taken to either country or western. Largely because the noise a pedal-steel guitar makes is akin to every fingernail in the world being dragged down a blackboard.

playing the saxophone, Terry, is very much like making love to a beautiful woman.

CG: When you were in The Higsons, were there any clues to Charlie Higson’s future career, was he a funny person to work with?

TE: More clues to him being a writer than a comedian – he was always very good at editing song structures/lyrics. After several shandies he would occasionally morph into a Bulgarian Tour Guide character which was hilarious. Especially if you’d had a couple too.

CG: Did he ever find out who stole his bongos?

TE: It’s never been proven, but monkeys are suspected.

CG: When you heard “Listening to the Higsons” the first time, what did you think of it?

TE: Couldn’t believe anyone had written a song about our band! Quite surreal, really. I’ve penned the ‘answer’ song, “I wanna hear The Soft Boys (on my radio)” . It may see the light of day some time. 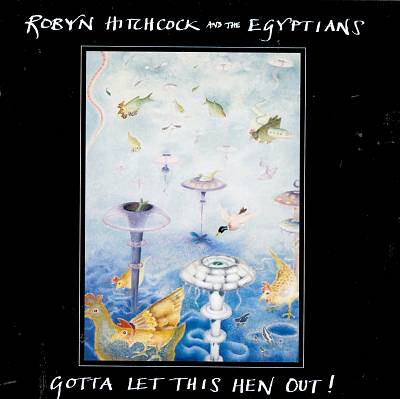 CG: We’re big fans of both sides of the “You Won’t See Me” / “I Want You (She’s so Heavy)” single you did with Robyn Hitchcock? How did that come about?

TE: It’s one of a series of themed coloured vinyl records on Sartorial – Department S/Scapegoats on Romany Blood Red vinyl; Cure-ator/Scapegoats on Amber Gambler vinyl; The Dash/Darren Hayman on Vindaloo coloured vinyl (including a Nightingales cover – Vindaloo was their record label). Beatles covers had to be on Apple Green vinyl… Maybe I should get out more.

CG: Scouse music legend James Clarke once told me “there are no Beatles covers that are better than the original.” Is he right or wrong? Please show your working.

TE: He might be right. There are some equals, if not betters, though. Check out Nina Simone and some pretty interesting reggae/ska versions of Fabs tunes. I reckon Hendrix’s version of Sgt Pepper has the better of the original, but he doesn’t eclipse it in the way that his version of All Along The Watchtower eclipses Dylan’s original.

CG: You’ve recorded covers of The Jesus & Mary Chain, The Fall, The Clash and The Cure. Did you ever get any feedback from the original artists about these versions?

TE: The Mary Chain liked what I did with their tunes. Mark E Smith wasn’t keen on my take of Container Drivers but was okay with the rest, so I’m led to believe. No idea about the others, though.

CG: Are there any other bands whose songs you’d like to re-contextualise in that way?

TE: There’ll be some new covers played in Edinburgh, some straighter than others.

CG: You recently took part in the “Recording in Progress” sessions with PJ Harvey where the band were on display as a living art exhibit. How did it change things knowing that people were watching?

TE: The most important thing involved bodily functions – you could only get to the toilet by going through the crowd so we learnt to get that out of the way before the viewing sessions started. And it wasn’t a rule, but I noticed that there was far less swearing in the studio than usual!

CG: How much did you record in those sessions and do you know what will be released and when?

TE: I was there for 3 of the 5 weeks. There were 18 songs to be tackled, some done in several versions. It’s been whittled down to album length and will see the light of day next year so far as I know.

CG: A few questions about the Woody Woodmansey / Tony Visconti tour now. Were you a fan of those early 70s Bowie albums at the time?

TE: I was a bit too young for Man Who Sold The World when it came out, but got to know Ziggy etc from about 1974. I really got to know them better when I tried to play several tunes from Aladdin Sane & Ziggy over the next couple of years.

CG: Which are your favourite Bowie songs to play live?

TE: Width of a Circle, Suffragette City, Cracked Actor. Well, frankly, any Bowie song when I can turn round onstage and see that I’m playing it with Woody, Tony Visconti, Lisa Ronson et al. I mean, that’s nuts isn’t it? How many people can say they’ve done that?

CG: I saw the gig in Liverpool and it was a glorious performance. The band, and especially Marc & Glenn, seemed to be having a great time, just enjoying themselves playing this music that they love. Was it as much fun as it looked?

TE: It was a bloody hoot from start to finish. Great songs, great musicians, great fun.

CG: Have you ever met or worked with Bowie?

TE: I met Bowie at Mute Studios in the 90s. He was working with Reeves Gabrels in Studio One, I was doing some overdubs for Dopesmugglaz in Studio Two. We chatted quite a bit over coffee in the kitchen. I told him I’d covered Five Years for a John Peel session a few years before. I was invited to play Bowie covers at the Meltdown Festival he curated in 2002. I wonder if the two events are at all related?!

CG: Lots of bands seem to collaborate with you repeatedly (e.g. Gallon Drunk) so you must be doing something right! Apart from the obvious musical ability, what other attributes does a successful session musician need?

TE: I think you need to be available most of the time! Hard to tell what the winning formula is when there really isn’t one. I think the general rules of life apply – don’t be a dick, don’t fuck up. And when you do fuck up, do so with a good sense of humour!

CG: Even though you’ve worked with so many greats, there must be some others who you’ve always wanted to work with. Who would you most like to call you tomorrow to ask you to play on their new record?

TE: All bets are off if Iggy Pop phones up. Or the Stones. Or Tom Waits. Now, if all three wanted me to hook up with them in a supergroup… 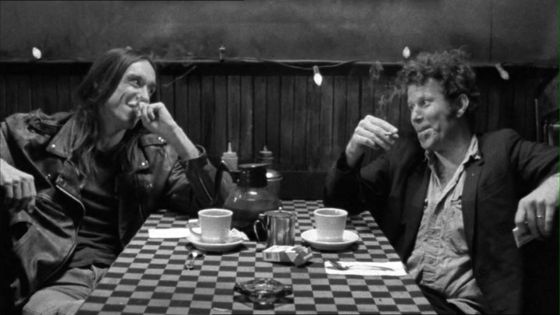 CG: You seem to be very prolific. When did you last go on holiday?

TE: Yeh, I don’t really do holidays. But I’m looking forward to going to Vadso in the Arctic Circle in November for a few days. I’ll be playing at a small music festival curated by artist Michele Noach, but when you’re playing with a few friends including John Paul Jones it’s kind of a holiday, isn’t it?

CG: What other projects have you got coming up?

TE: The NJE (Near Jazz Experience) album with Mark Bedford & Simon Charterton will be out in the autumn, finally and I’m trying to get a couple of things going before touring with PJ Harvey next year, dates t.b.c., but Edinburgh with Neil Fraser is taking up every waking hour at present. 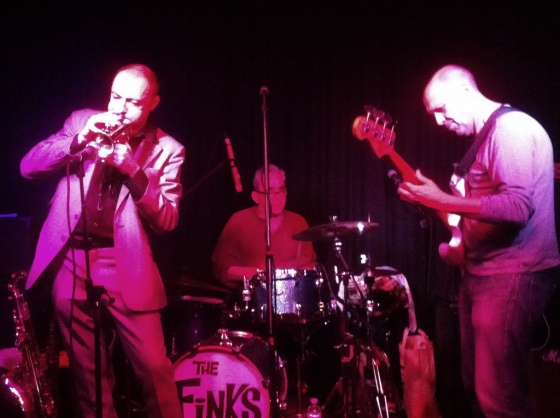 The Near Jazz Experience. Thanks to Nick Hider on Flickr for the photograph.

CG: Finally the traditional Trust the Wizards questions that we ask everybody we interview.
You’re in a caff ordering a breakfast. You can have toast and your choice of tea or coffee and then you’re allowed 4 more items. Go.

TE: Bacon, chips and canned tomatoes. Or ham, chips and fresh tomatoes. It all depends on if I’m feeling canned or fresh.

CG: Cricket. Is it any good or is it just a load of bollocks?

Many thanks to Terry for taking the time to answer our questions. If you’re anywhere near Edinburgh over the next few weeks, go and see him with Neil Fraser. Ticket link shown below.

Lastly, here’s a playlist of songs discussed with Terry over the 2 interviews. What a bloody great selection it makes.