On this day in 1959, the first edition of Juke Box Jury aired on the BBC with cool cat David Jacobs in the Simon Cowell role. To celebrate this fascinating fact, you, the listener, are required to use the cut out and keep ‘hit’ and ‘miss’ voting panels below as you work your way through this month’s selections. Either that, or let us know via the medium of writing a comment or two. 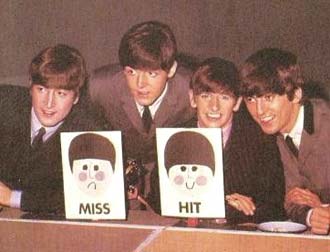 fun loving moptops fail to understand the concept of either/or

So, what have we got for you this fine footbally month of June? Well, no football songs for starters. They will all be discussed elsewhere on this blog very soon. We have got a bit of Motown swagger for you though with Little Iva’s top notch instrumental. It’s not clear what exactly the I-Unit brings to this piece, but I am going for the neat guitar solo. I believe we are encouraged to dance ‘The Continental’ to this too, so be my guest. Fading in after that it’s new Manc sensations, Purple Heart Parade (see what they did there?), with a great big slice of psychedelia. This track ticks lots of the right boxes for me with its reverbed vocals and building wall of sound. One to look out for. One to look back for is Orgone Box, whose fantastic Centaur album has been re-released in a slightly different form with a new track! It’s not the new track we have here though, rather my favourite piece of power pop perfection (for all you alliteration fans). Highly recommended even if you’re not into psychedelia. Another favourite track next from The Go-Betweens, who surely should have been huge. This track popped up on shuffle a few weeks ago and had me playing the Tallulah album over and over. Majestic song-writing throughout. If you haven’t heard much by them, do yourself a favour and delve into their back catalogue. 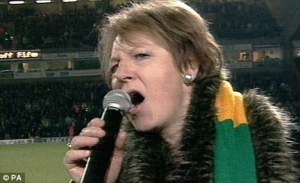 are you into psycho delia?

A new release next, all the way from L.A. – presumably via Dayton, Ohio. Yes, it’s Vertical Scratchers with a song from their Daughter Of Everything LP featuring a very fast vocal delivery from that Mr Pollard I may have mentioned before. Bobby Pop does a great job of keeping up on this frenetic little nugget and catches his breath to allow room for a splendid guitar solo just before the end. It’s back to the mid-80s after that with the jangly joy of The Brilliant Corners and a track from their Fruit Machine EP that I picked up on my recent record shop voyage. Only seven tracks in and it’s the second Brisbane band on display next with Blank Realm with a track from their Grassed Inn LP – an album that since its January release has continued to sit in my top albums of 2014 list. They sound like a cross between the aforementioned Go-Betweens and Talking Heads to me, but less messy than that might suggest. Hypnotic stuff. Then we have The Kinks, a band who I seem to have fallen in and out of love with over the years, going through phases of listening to loads of their stuff and then really not bothering. This B-side rekindled some of that old flame recently.

Another newie up next with the one song I really liked from the much heralded, but rather disappointing, Broken Bells release After The Disco. The album as a whole didn’t really do it for me, but I like the funny little guitar sound on this one and the huge chorus. I recently enjoyed a very convivial evening in the company of friend of the pod, Texas Paul, and a bunch of Liverpool musicians linked to the Viper Records label as they, the label, celebrated 15 years and their 100th release. The next track comes from one of their renowned themed compilations of early American oddities Don’t Take Your Guns To Town, which is subtitled, very informatively, US Gun Songs & Murder Ballads 1930 – 1960. Here Janis & Her Boyfriends make scarily accurate gun noises and great use of the phrase ‘to boot’, er, to boot. Another record label that recently held a party is the increasingly cool Fruits De Mer and after their marvellous Crabstock event I have been getting to grips with their May singles releases. Amidst some great covers on offer of tracks by Soft Machine, The Electric Prunes, Sandy Denny and, er, Yes, the standout single for me from this batch is the one from Schizo Fun Addict where they take on a couple of cult film soundtrack cuts. The track on the playlist originally featured in Beyond The Valley Of The Dolls and here takes on a new life of its own that deserves repeated listens. The other side of the record might just pop up on my best of the year mix. Yes, it’s that good. OK, so now it’s time for your monthly helping of Guided By Voices. This time it’s a favourite track from the Earthquake Glue album with Doug Gillard doing his quickfire guitar riff thing. You just have to feed on a stroke of brillance sometimes. 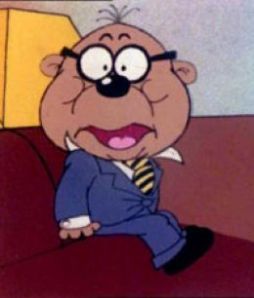 the Fulham manager’s mate suggests we should leave it alone

Another nugget from the Nuggets box set next, it’s The Third Bardo (there is scant mention of the first two anywhere) with one of only 6 tracks they ever recorded, but it’s a real doosey. Interestingly, singer Jeff Monn went on to have a solo career as Chris Moon. Eh? Oh. Anyway, a latter day classic follows with Athens, Georgia legend, Vic Chesnutt and my favourite track from his Is The Actor Happy? LP. There are great lyrics on many of his songs, but this one is particularly beautiful, I think. I belatedly came across the next band on my recent trip to the North East. The High Plane Drifters, for it is they, hail from Stockton on Tees, home of the magnificent Sound It Out Records and it was thanks to the shop that I heard the amazing bluesy thrash these 2 boys make. I was given this single on the shop’s own now defunct Don’t Tell Clare Records label as part of a package having asked about local bands and it is really rather great. Rather more reflective is the tale of Mrs Johnson as told by Jeannie C. Riley, who socks it to the hypocritical PTA members without recourse to loud electric guitars. Chorizo Garbanzo reliably informs me that this track is a particular favourite of Paul Heaton. So there. 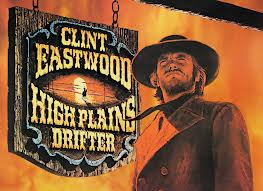 bass player, Clint, is very unhappy about the band’s name being spelt wrong

A track from the Trade Post Recordings compilation The Big Takeover next and my pick from the 41, mostly excellent, tracks is by the band 10,000 Blades, which, you’d have to agree, is probably more blades than you really require. Describing themselves as “a words-rock band” and hailing from the wizards’ second favourite US State, Connect E. Cut, they also claim to “have played with some famous people in some cool places.” All I know is that there’s a nice Randy Newman reference at the end of the song. A bit of a classic follows with that nice margarine salesman saying ‘hello’ from the first, and, yes, Chorizo Garbanzo, the best PIL album. I think it must be law that this song is played loudly. Now, I have previously expressed my fondness for a Mark Kozelek record or two and his latest, under the guise of Sun Kil Moon, is a real cracker. However, the other wizards are far from convinced and so I hope they both manage to get this far on the playlist to hear an unusually upbeat effort that still has those deeply personal and darkly comical lyrics (especially the backing vocals on this track). It’s from the album Benji and this song is about Mark’s friend Ben. And guess who is on the final track this month? Only Mark’s friend, Ben, who is Ben Gibbard, of the band The Postal Service. I don’t know much about them to be honest, in fact I only really know this one song, which was, I believe, some sort of a hit, but is nevertheless a very likeable track and having hit Such Great Heights, an appropriate one to end on.

See you next month!

all the way up here just to make this weak joke

2. The Room – Purple Heart Parade – not on Spotify , but you can download for nowt on the link.

7. Falling Down The Stairs – Blank Realm

11. In The Long Run – Schizo Fun Addict – this is available (if you hurry!) on the highly recommended 7″ from our friends at Fruits de Mer, but there’s another great track from the band on the playlist.

15. Trouble In Mind – The High Plane Drifters – also not on Spotify, but in recognition of the band featuring on Breaking Bad (look it up!) – the theme tune from that show is on the playlist.

17. Back To School – 10,000 Blades – this track is currently available for free as part of  The Big Takeover compilation from Trade Post Recordings, er, but isn’t on Spotify.

20. Such Great Heights – The Postal Service

All eleven previous mixes are still available for free! Why not follow us on Spotify to avoid missing out?