That Petrol Emotion and The Everlasting Yeah

Way back on podcast number 11, I played the track “Sensitize” by That Petrol Emotion and generally raved about them. This was another in my occasional series of “bands from the 80s / 90s who should’ve been massive but weren’t”.

Now 80% of That Petrol Emotion are about to release their debut album as The Everlasting Yeah.
You can help his happen this by pre-ordering the album here. If you’re feeling particularly generous there are a whole load of other options including having your name in the album credits and going out for a curry with them.

Here’s a little bit of “Tell Me” from their recent gig at the Roundhouse to whet your appetite. If this track is anything to go by, then the album’s going to be worth every penny so get pledging people.

In the meantime, I’ve been getting out my old TPE albums, CD singles and 10″ singles (anyone able to tell me what exactly was the point of that particular format?). I’ve selected 20 of my favourite tracks on this playlist. As is the norm with these things, if I did it again a week later there’d probably be a whole bunch of different TPE songs on there.

The playlist kicks off with “Swamp” because that was my introduction to the band thanks to a short video clip on The Chart Show. I’ve tried to represent some of the different musical styles that the band drew from but that’s not easy because they played so many different types of music so well! 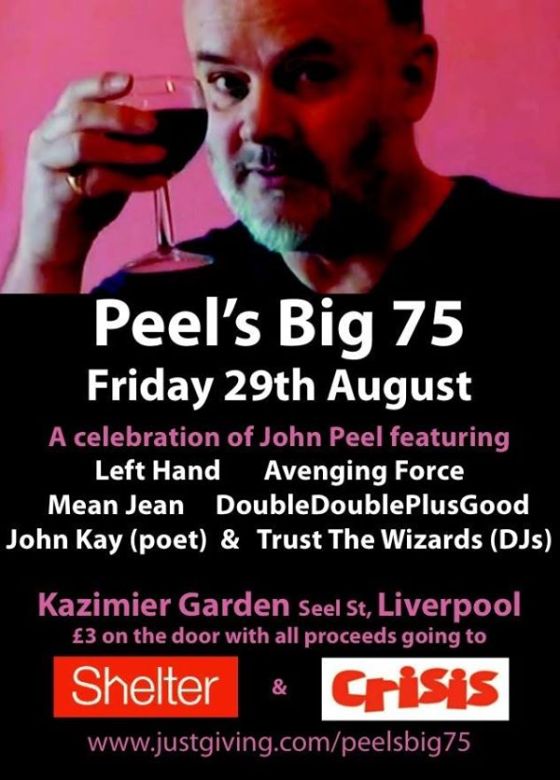 You might hear us play some more That Petrol Emotion when we’re DJing at this. You will definitely hear us play a certain song from the O’Neill brothers’ previous band!

Posted by chorizogarbanzo on August 11, 2014 in Blog posts, Spotify playlists and tagged john peel, that petrol emotion, the everlasting yeah, the undertones.