You’d’ve thought that with more time on his hands as a part-time wizard our Kicker would have found some interesting music for his latest mix. And you’d be right. Possibly. I guess you’ll be the judge of that. 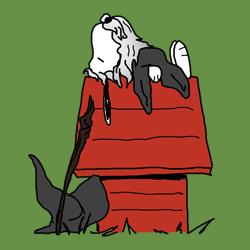 So, without either further ado or anything remotely Prince or U(gh)2-like, let’s see what has been on the O’Elves turntable over the last few months.

When You’re Lifted By The Lie

Most of those tracks are available here:

And those that aren’t, are here: