All three wizards take a break from proselytising their political views to take in the welcome return to the stage after a six year hiatus of the magnificent Super Furry Animals. 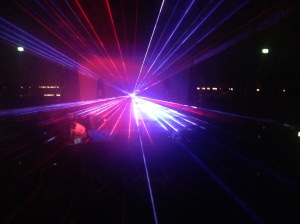 hit me with those laser beams

Expectations were high in the fully packed out Manchester venue, but nobody was left disappointed as the band played just about every song the wizards had wished for and also put on a tremendous light show that took them to some very strange places indeed.

Listen and download the full-time verdict here or do the same on the sound cloud thing below.

If you missed it, you should also check out Chorizo Garbanzo’s dream set list blog and wonder, like the rest us, how on earth he failed to win the SFA prize.

Some visual images from the balcony: 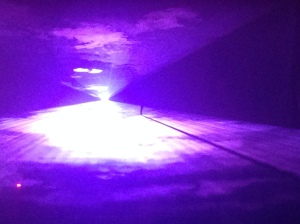 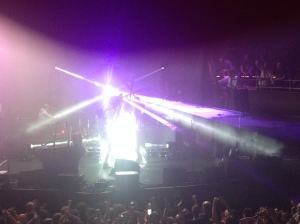 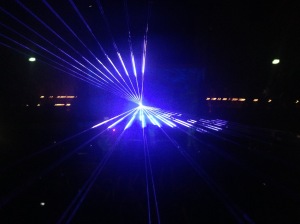 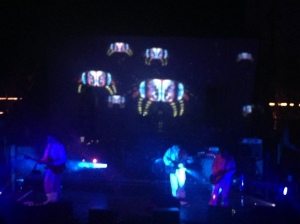 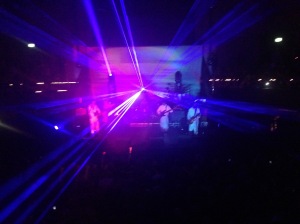 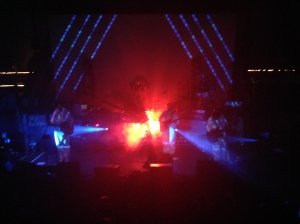 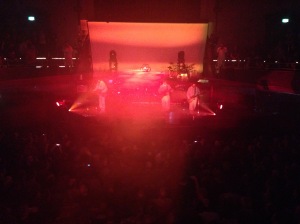 Also catch our video from part of the climax of the show with the sub titles!