It’s a year since Kicker’s Monthly Mix went public and 20 years since the release of Bee Thousand, the best album ever made. To be accurate, and I know a number of you appreciate our attention to detail, the Guided By Voices classic album was released on 21 June 1994, but that’s near enough for me and should be near enough for you. So, this month’s mix really should just be this:

In fact, I have chosen just one of the fantastic songs from Bee Thousand as part of a mix that in line with tradition kicks off with an instrumental. It’s The Ventures (who else?) with a track from a recently acquired The Ventures In Space LP that start things off and leads in quite neatly to a track from the new Brian Jonestown Massacre album that seems to be in Swedish. There are loads of great tracks on Revelation, but disappointingly only one in Swedish. If, it is, in fact, Swedish (see paragraph 1). A track from the newly formed Split Single next. This is a band built around former Robert Pollard live bassist [as opposed to dead? TTW Ed], Jason Narducy, whose new outfit also features the great John Wurster and him out of Spoon. Fragmented World is a great listen and here is one of the standout numbers. Following that we have an oldie from one of the great forgotten bands of the late 80s/90s and figurehead band of the Dunedin sound, The Chills. I never had a leather jacket I particularly loved, but I did have a baseball jacket (black body/white sleeves) that I was very sad to see go. Let us know about your favourite jackets and better still send us pictures! 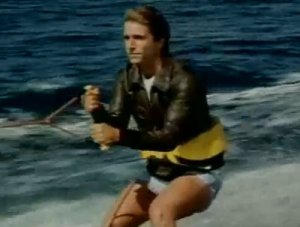 about to release the Arctic Monkeys next album

Time for some Motown now and who better than the Queen of Motown herself, Mary Wells with her first hit and a rawer vocal than you might expect. Another former GBV side-man follows in the shape of the great Doug Gillard, who has a new LP out this year called Parade On that is definitely worth checking out. I do hope he works with Robert Pollard again as their Lifeguards collaborations and the phenomenal Speak Kindly Of Your Volunteer Fire Department are amongst my favourite GBV offshoot recordings. A song about broccoli next and, to be frank, there weren’t a lot to choose from. It’s The Association from their self-titled opus and it is, to my mind, the best song about broccoli of all time. Maintaining the food theme, it’s new Bristol band Personal Best, who feature favourite of the pod Caves’ Lou Hanman on drums, with a track from their newish The Lovin’ EP. I’m not sure that broccoli and ice-cream constitute a meal, unlike what I am currently making of this tortuous link. 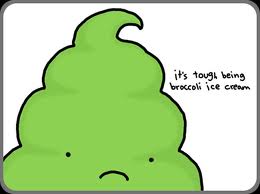 There are loads of Best Ofs featuring The Animals and you know what you’re going to get with much of the tracklisting. One of their songs though, Outcast, tends to get overlooked and that is a real pity because it is storming. Just as well then that I have failed to overlook it. Halfway through the mix and it’s finally time to reference that football competition that seems to be going on (very much in the background). Yes, it’s Brazilian psychedelia! All the way from just outside Brasilia (possibly), it’s live favourites, Boogarins with a sweet number (ahem!) from their As Plantas Quen Curam LP. Snotty teenagers Shapes follow with another food related classic. This is a track taken from the second in the series of Punk 45 compilations on Soul Jazz called There Is No Such Thing As Society: Get A Job, Get A Car, Get A Bed, Get Drunk! featuring a range of under the radar Brit post-punk bands like Johnny Moped, Swell Maps and, er, The Scabs. There is a third volume out that I am yet to get my hands on, but it is surely only a matter of time. A new record that I have purloined is American Interior by Gruff Rhys, which really is very good indeed. It’s very much a concept album that differs from most concept albums by being really very good indeed. Here is one of many tracks that work in their own right.

gruff plays on despite being eaten by a bear

An old favourite pops up next with the mighty Gang Of Four and, controversially perhaps, what I would consider my second favourite track off Entertainment! Rather less well known, at least to these ears, is the sound of the band Kapetan Snjeska, which I am happy to translate for you as Captain Snjeska. This lot come from Croatia and found their way into my consciousness as part of my researching a song to represent their homeland on our Musical World Cup. Pipped to the post by Denis Katanec (and hello to him!) for that particular honour, theirs is now one of two Croatian songs I like very much. And finally, we get round to playing a track from Bee Thousand. A blog was recently posted elsewhere on the Internet by someone attempting to order the tracks on this album from best to worst. Suffice to say, it was completely wrong. The great thing is that all the songs have their merits and even the ‘lesser’ songs have an important part to play in where they appear in the running order. Juxtaposition is all. If you haven’t already listened to the album in the video at the start, do so now. Then enjoy I Am A Scientist juxtaposed with Start Choppin’ from Dinosaur Jr. This track, taken from their Where You Been album, was one that the future (and current) Mrs O’Elves had a soft spot for back in the day and does show J Mascis at his visceral best with some top high pitched singing. 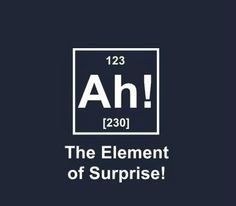 A track from one of the albums I found in Sound It Records on my recent trip to the North-East is up next. It’s the band The Dots And Stops, a wizard-friendly experimental 5-piece band who make an intriguing sound reminiscent of Red Krayola. Anyway, from the superbly named If I Look Uncomfortable… It’s Only Coz I Need To DO IT!! LP, they ask the very pertinent question What’s Gonna Happen To Us? Who can, say, but if it all goes south, I’m sure Mark Everett will write a song about it. That is not meant as a slight, in fact, I love Eels brand of miserablalism. However, his latest offering The Cautionary Tales Of Mark Oliver Everett has yet to really grab me with only the track included here being particularly memorable. Elsewhere on this blog, I have noted my lack of knowledge of T Rex and my self-imposed determination to catch up with his back catalogue. We can all agree surely that The Slider is a great album (with a massive opening song – see below), but what about the posthumous You Scare Me To Death? Less so, I’d have to admit, but there was one track which I really liked and that is on this month’s playlist. Originally, a Tyrannosaurus Rex demo, I believe, with added instrumentation. See what you think. Then, finally, we end with the up-to-date and very hip, Metronomy with an instrumental slice of quirk from their Love Letters newbie.

See you next month.

4. The Chills – I Love My Leather Jacket

6. Doug Gillard – Come Out And Show Me

12. Gruff Rhys – Walk Into The Wilderness

14. Kapetan Snjeska – Monolog Zene S Kozama – download for free from Bandcamp on the link and follow those lyrics in full!

All twelve previous mixes are still available for free! Why not follow us on Spotify to avoid missing out?