Hey, it’s April Fool’s Day! Enjoy this month’s mix of musical mayhem with the additional twist of one of the fascinating facts mentioned below being untrue. See if you can spot the errant information (in the tradition of newspapers in the UK making up stories (as if!) on 1st April). The answer is at the foot of the page.

I was reminded of this opening act by the very low roof in a Liverpool venue recently, having seen them smash a hole in the ceiling at The Roadhouse, Manchester in a not at all rock and roll and fully accidental way. Yes, it’s sons of Leeds, Black Star Liner, named after Marcus Garvey’s shipping line possibly itself influenced by the Scouse White Star Liner company that is linked to Titanic. Here we open with a track from their magnificent debut Yemen Cutta Connection. After them we have a mod stomper from pod favourites The Past Tense with one of the tracks on their latest split EP.  The Past Tense, of course, from the city of Worcester, famous also for the record label Planet Mu. Next it’s everyone’s favourite flautist/flutist/flute player (all are correct!) him out of Jethro Tull. This track, the opener on Living In The Past came upon shuffle last week and sounded pretty neat to me. Taking us even further back in the past is Johnny Burnette, who was so rock and roll he named his son Rock.

All the way from my hometown of Leeds, next it’s Menace Beach, named after a Nintendo game and rocking out here with a track from the Alcopop compilation Alcopopular 6 (Highway To The Velodrome) that was available in the form of a racing bike. I got the CD. Another oddity follows from Gorlkeepers with a 2009 release featuring at least 2 OLO Worms and a borrowed piano. It really is quite beautiful, although I’m not sure it is “the sound of gardening in our football kits” they were apparently going for. It’s that Rotifer bloke after them with a rip-roaring number from The Hosting Couple album that celebrates the research going on in Aberdeen at 375 Victoria Road. Darren Hayman features on this track on bass guitar and wears a lab coat in the video. It’s that good. Time then for some Guided By Voices. This month’s track is a newie from the Motivational Jumpsuit LP and is one of five tracks on the album penned and sung by Tobin Sprout. How am I going to choose just one track from this album for my best of year list? And it’s only April. 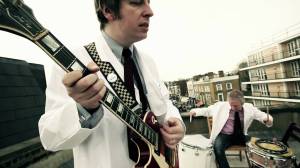 almost certainly not in Aberdeen

Another release from this year is up next, in the form of the track on Suzanne Vega’s Tales From The Realm Of The Queen Of Pentacles that features a sample of the 50 Cent (50 Pence, in the UK) track Candy Shop. Then it’s back to the 80s with synth-legends The Human League and the original dub version of one of the many great tracks on Dare. This version is actually taken from the recent release on 180gm 12″ by Control Room Recordings, which is THE way to hear the sounds between the groove. It’s been 28 years since I last saw The League (as no-one calls them) play a matinee set at The Leadmill in Sheffield, but I have tickets to see them in Liverpool in November in the company of the tall half of synth baton carriers Stereo Electric Mistress. No other wizards will be participating.

The sound of young Rennes next with Sudden Death Of Stars and currently my favourite track from their new All Unrevealed Parts Of The Unknown. This, as you may be aware, is a band who have already wowed me live this year. A band I never got to see, but really would have loved to is Big Star and it’s the Alex Chilton fronted Box Tops who follow. This follow up single to the smash hit The Letter was recorded with the 17 years old Chilton on vocals, but failed to chart in the UK (The Letter had made #5). 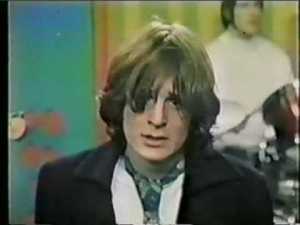 Right back to the present next with an hour of blues. In fact, it’s just over 6 minutes of a Blues Hour from those Mogwai types. Now, as I’m sure you know, the Glasgow band are named after the ‘good’ Gremlins, but did you know their Rock Action records is named after the recently passed Stooges drummer Scott Asheton, who changed his name to Rock Action back in the day? Oh. Anyway, enjoy the vocals on this one. Courtesy of the CASH Music Kickstarter Compilation, we have Shannon Rose Steele up next with her first solo recording away from Typhoon and it’s a cover of a Julie Doiron song to boot. Cleveland’s Death Of Samantha are up next with a track from their live-in-studio recording of a bunch of their original classics. The album If Memory Serves Us Well is a timely reminder of the power of the band and acts as a precursor to a new album slated for later this year. Listen out for the rock and roll call to arms to GBV man Doug Gillard. Psychedelic electronica next from the legendary Silver Apples. Here with a track from their eponymous debut album. Interestingly, the band’s self-made synthesiser is also eponymous, being named the Simeon.

It’s a Joe Meek produced hit single next with Mike Berry (better known, perhaps, as Mr Spooner in Are You Being Served?) and the Outlaws, who at one time or another included Chas of Chasendave and Ritchie ‘Rainbow’ Blackmore. This, quite literal, Tribute To Buddy Holly was banned at the time for being too morbid. That would be the death of emo now, I guess. Talking of glum, how about a bit of Scott Walker? I found this track on a strange compilation of SW tracks made before The Walker Brothers called Looking Back With Scott Walker. This song was evidently heard by another actor, Tommy Sands, who went on to have a bit hit with it. Following Sing Boy Sing, we have The Boy Can Sing – see what I did there – from Easterhouse, the Manchester band named after the Glasgow suburb, and a band whose first album I would rate right up there in my all time favourites. Interestingly, their first live performance was supporting The Smiths. Finally then, we have a piece of progressive jazz rock fusion. Sounds great, eh? Well, it is. Of course it is, it’s that Hugh Hopper out of Soft Machine on the 1973 album 1984. Eh? I recently picked this up on near mint vinyl and, frankly, it is tremendous decidedly non-commercial genius.

See you next month!

1. Killah Connection – Black Star Liner – we start with another track from the top Yemen Cutta Connection LP on the playlist, but this is the one I really love.

2. What’s Coming Next – The Past Tense – you can get this single on red or yellow or even black vinyl here. You’ll be able to hear this particular track then, but in the meantime there’s another stormer from the Take Three LP on the playlist.

10. The Things That Dreams Are Made Of (Original Dub) – The Human League

11. The Love Substitute – Sudden Death Of Stars – you can hear another obscure track by these garçons et filles on the playlist.

19. The Boy Can Sing – Easterhouse

20. Minipax – Hugh Hopper – there’s an alternative HH mindfuck on the playlist from Somewhere In France.

All eight previous mixes are still available. Why not follow us on Spotify to avoid missing out?

* Johnny Burnette’s son was actually called Rocky not Rock. All other facts were correct at time of going to press.