How unloved was your band?

At some point in the modern era forming, joining or being a hanger on of a local band was almost obligatory.  At school or in your locale the tales of who was in whose band was a constantly evolving tapestry of relationships and musical effort with mixed results.  But what trace exists of all those remnants and echoes of musical greatness.  In all of these enterprises lay at least one person’s personal vision, their hopes and dreams.  So much so that many kept going long after any hope of any degree of success had left the building. However, the digital age being what it is any member or fan of any of these millions of groups can ensure that a trace can be left somewhere on the Internet for posterity or to act as rallying point to get together old friends.
After all, it’s not just the likes of Blur or The Damned who can get the old band back together.  That joy could equally go to The Twisted Nerve, the hard rocking 4 piece from a district of Halifax that played 15 gigs and recorded a demo tape of 3 original tunes and a cover of Born to be Wild between 1985 and 1987. What a heady trip they had! 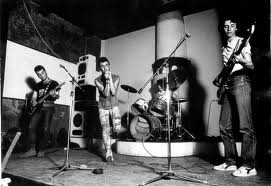 So that begs the question how loved or unloved were your band? If there is no memento of you anywhere on the whole of the Internet it probably indicates that either you were rubbish or that your crowd were not technically gifted.
So we can all play this game, Go back, back in digital time, and search for remnants of a past glory and find your echoes in digital history. Surely someone was interested enough to make a reference to the glory days in relation to some discussion or perhaps were so moved that they set up a web page dedicated to the era or maybe even to the band themselves.  So, first go for the band name. OK, my first band was called Future Ltd (I am not going to apologize for that in case someone rates it). First web search – inevitably nothing comes up that specific. Let’s try adding music and location – nothing. Ok, let’s add Song Titles, Names and Music Type… nothing.
Gee… no-one gave a shit. 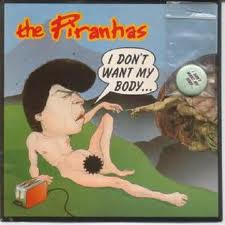 But hold on. We played gigs, people came to see us, sometimes people danced (OK that was fairly rare). Surely there is something that one person in the last 20 years has bothered to share in this time.  There must be one “and then we went to see Future play at St Dominic’s Youth Club…” comment somewhere… nothing.
So 2 years of slogging around the north west of England, cramming gear in a Reliant Robin (I kid you not), blagging gigs in youth clubs (what a crap idea), weekly band meetings, bi-weekly practices, bitching about everyone else’s band, while they bitched about yours and occasionally telling people what you really thought and the inevitable altercation that followed, convincing people that “it’s not out of tune its psychedelic!”, recording demo tapes and endlessly flogging them and tickets for concerts at places like the YMCA, church halls and local pubs… What was it all for?  Well, we might as well not have bothered for all the world cared.
But then it appeared… a long forgotten staple of the Bolton music scene – The Town Hall Steps Fanzine.  THS provided a commentary on the red hot music scene in early eighties Bolton chronicling the rise and fall of the greats of that medium sized urban conurbation.  Look! There they all are, lovingly preserved on the Internet forever for music historians to discover and use as evidence of a seminal scene that may have shaped popular culture for many decades.  However, after scanning perhaps every issue it appears we didn’t feature. Hold on.  There is a search option in the web site and incredibly there we are in issue 4 – on pages 4 and 5.  The excitement was palpable.  The link revealed not only a mention, not a mere listing, but a fully fledged review of our demo tape and the verdict was…….it was alright, dodgy in places but a few good bits….YESSSS! We live on!
http://www.townhallsteps.co.uk/Resources/ths4p4-5.pdf
Then… Then… there we are again in issue 5. We are there again. What now? A live review? An interview?  No. The simple declaration… Future Have Split!
http://www.townhallsteps.co.uk/Resources/ths5p4-5.pdf
Oh how the very foundations of the Town Halls Steps must have shaken.  How Croalbeat lived on is beyond me.
Many thanks to Marc Gibbons who wrote the Fanzine and put the site up. Much respect.
There is an option to put the music of the band onto this site, but erm… I think I’ll give that a miss. Why ruin everything?

Come on reader how loved or unloved was your band?

Posted by rebelrikkit on February 22, 2013 in Blog posts and tagged future ltd., the twisted nerve.